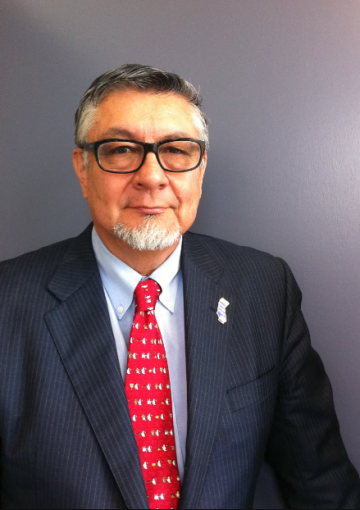 Dr. David E. Hayes-Bautista is a Distinguished Professor of Medicine and the Director of the Center for the Study of Latino Health and Culture (CESLAC) at the David Geffen School of Medicine at UCLA. He has spent 40 years working to improve public understanding of Latinos and their health, history, culture, and contributions to California and the nation.

Dr. Hayes-Bautista is a native of Los Angeles. He graduated from UC Berkeley in 1970, when there were only 25 Latinos on the entire campus, and completed his doctoral work in Basic Sciences at the University of California Medical Center, San Francisco. After receiving his PhD, he served as the founding executive director of La Clínica de la Raza in Oakland, California. Dr. Hayes-Bautista also served on the faculty at the School of Public Health at UC Berkeley until 1987, when he took his current position at UCLA. In 1992, he established the Center for the Study of Latino Health and Culture in the Division of General/Internal Medicine at UCLA.

He serves as the faculty director of the Latino Leadership Institute of the UCLA Anderson Graduate School of Management. This leadership training and professional development program helps Latinos in leadership roles explore management issues from a Latino perspective.

His research into the Latino Epidemiological Paradox led him to analyze links between culture, behavior, and health outcomes. This research has expanded to include the formation of Latino population and society in California during the Spanish colonial, Mexican Republic, and U.S. statehood periods.

For the past five years, he has been chosen one of the 101 Top Leaders of the Latino Community in the U.S. by Latino Leaders Magazine. In 2012, he received the Association of American Medical Colleges (AAMC) Herbert W. Nickens Award for his lifelong work on the educational, societal, and health care needs of underrepresented groups; and also the Ohtli Award from the Mexican Government in 2016.