Steven M. Dubinett is director of the UCLA Clinical & Translational Science Institute, Associate Vice Chancellor and Senior Associate Dean for Translational Research. He oversees the translation of UCLA biomedical discoveries into medical products and health interventions and is responsible for the efficient integration of the research infrastructure through the CTSI. He is current Chair of the Executive Committee of UC Biomedical Research Acceleration, Integration, and Development (UC BRAID), which integrates clinical and translational research across the University of California. Dr. Dubinett has extensive experience in translational investigation, academic administration, mentorship and peer review. He has trained more than 45-graduate students, post-doctoral fellows and junior faculty, nearly all of whom have continued in academic or industry research careers. Building on original discoveries relevant to inflammation and immunity in lung cancer, he developed a translational research program, which utilizes these laboratory-based discoveries in the translational and clinical environment. As a NCI Translational Research Working Group member, he participated in designing pathways to clinical goals. He previously served as Director for Biomarker Development for the American College of Surgeons Oncology Group, directing biospecimen utilization in the context of clinical trials. Dr. Dubinett serves as the Chair of the Research Evaluation Panel for biospecimen utilization for the American College of Radiology Imaging Network/ National Lung Screening Trial. He previously chaired the FDA Cellular, Tissue & Gene Therapies Advisory Committee and serves on the NCI Thoracic Malignancy Steering Committee as a Translational Science.

John A. Belperio, MD is the Interim Chief and Professor of Medicine in the Division of Pulmonary, Critical Care, Sleep Medicine, Clinical Immunology and Allergy at The David Geffen School of Medicine at UCLA. Dr. Belperio completed undergraduate at Drexel University in Philadelphia with a B.S. in Chemical Engineering, Medical School at the Temple University and Residency training at The University of Maryland. He then completed fellowship training in Pulmonary and Critical Care at The University of Michigan.  After fellowship he was recruited to the Division of Pulmonary and Critical Care Medicine at The David Geffen School of Medicine at UCLA and has served on faculty ever since. His research program has focused on the role of chemokines and cytokine during the pathogenesis of lung allograft dysfunction, interstitial lung diseases (i.e. Idiopathic Pulmonary Fibrosis and Sarcoidosis) and Obstructive lung disease (COPD/emphysema and bronchiectasis). His work in the area of CC chemokines has demonstrated that these proteins are key in recruiting specific populations of pro-fibrotic mononuclear cells to the lung allograft during allograft dysfunction and interstitial lung disease.  His work on ELR- CXC chemokines has demonstrated their role in neutrophil recruitment and angiogenesis during chronic lung allograft rejection (CLAD) and Sarcoidosis.  He also found that interferon inducible ELR- CXC chemokines were important in recruiting memory T cell to the lung allograft that eventually leads to CLAD. His work involves human samples in combination with molecular and cellular biology techniques, which are then brought to murine model systems to prove proof of concept that these proteins are actively involved in the above disease. 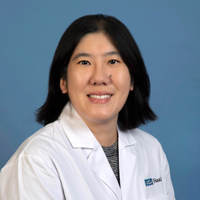 Dr. Tisha Wang is a pulmonologist and critical care physician who practices in Westwood. She treats adult patients with pulmonary complications of liver disease, rare lung disease, sleep disordered breathing, and other pulmonary conditions, including asthma, COPD and pulmonary embolism. She is director of the liver transplant intensive care unit and co-director of the pulmonary embolism response team, and is board certified in pulmonary disease, critical care medicine and sleep medicine.
Dr. Wang received her medical degree from the University of Texas Medical Branch at Galveston, graduating with highest honors. She then completed her internal medicine residency and her pulmonary and critical care fellowship at UCLA.

In addition to her clinical work, Dr. Wang conducts research on pulmonary complications of liver disease and a rare lung disease called pulmonary alveolar proteinosis, or PAP. She is clinical director and vice president of the patient-based PAP Foundation, and is vice chair of the education committee for the American Thoracic Society. She is also an associate professor of clinical medicine in the David Geffen School of Medicine at UCLA, and is the program director for the pulmonary and critical care medicine fellowship.

As part of her work, Dr. Wang advocates for the advancement of women in medicine, for medical educators training the next generation of physicians, and for patients with rare lung disease. 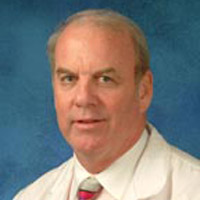 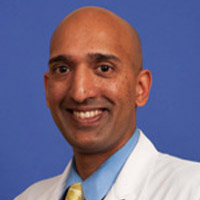 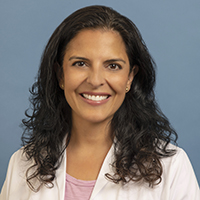 Dr. Rita Kachru is an allergist-immunologist in Santa Monica, California and is affiliated with multiple hospitals in the area, including UCLA Medical Center and UCLA Medical Center-Santa Monica. She received her medical degree from Medical College of Wisconsin and has been in practice for more than 20 years. Dr. Kachru accepts several types of health insurance, listed below. She also speaks multiple languages, including Spanish. 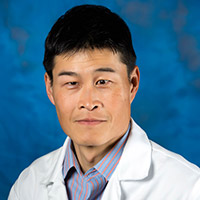 Dr. Chang has expertise in the management of acute respiratory failure requiring mechanical ventilatory support, and in the management of shock. He is currently involved as a co-primary investigator in ARDS trials overseen by the PETAL network and sponsored by the NIH/NHLBI. He has been involved in multiple clinical trials investigating mechanical ventilation, septic shock, and ICU structure & function. 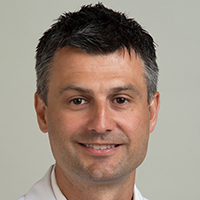 As an intensivist in the Division of Pulmonary and Critical Care medicine, I take care of patients admitted to Medical and Liver-transplant Intensive Care Units at Ronald Reagan Medical Center and participate in education of UCLA residents and fellows. Being a Director of of Bedside ultrasound of the Department of Medicine at UCLA, my clinical and research interest is focused on development of ultrasound-based technologies in intensive care settings and, in particular, fluid responsiveness in shock.

As a Medical Director of chronic obstructive pulmonary disease (COPD) Program at the David Geffen School of Medicine at UCLA, I focus and lead many of our clinical and research projects in COPD, alpha-1 antitrypsin deficiency syndrome and lung nodule/lung cancer. With strong academic background in the field of pulmonary immunology where I obtained my PhD degree in 2016, I am interested in the pathophysiologic and immune processes related to development of COPD. I am author of over sixty peer-reviewed publications and book chapters and participant or lead in multiple clinical trials focused on COPD, Alpha-1 antitrypsin deficiency, lung nodules/cancer, pulmonary complications of end-stage liver disease and hemodynamic shock. 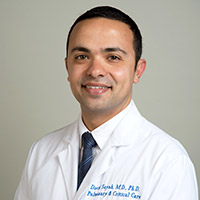 Dr. David Sayah is a pulmonologist in Los Angeles, California and is affiliated with UCLA Medical Center. He received his medical degree from Columbia University College of Physicians & Surgeons and has been in practice between 11-20 years. 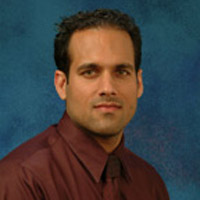 Dr. Rajan Saggar is a pulmonologist in Los Angeles, California and is affiliated with multiple hospitals in the area, including Providence St. John's Health Center and UCLA Medical Center. He received his medical degree from Medical College of Wisconsin and has been in practice between 11-20 years. 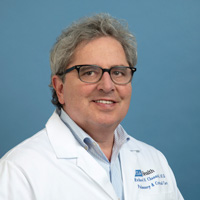 Dr. Channick  is Co-Director of the Pulmonary Vascular Disease Program and Director of the Acute and Chronic Thromboembolic Disease at UCLA Medical Center and is the incoming President of the PERT Consortium. Dr. Channick received his medical degree from Temple University Medical School, where he was elected to the Alpha Omega Alpha Medical Honor Society. He did his residency and was Chief Resident at the University of Massachusetts Medical Center. He did a pulmonary and critical care fellowship at the University of California, San Diego Medical Center. Dr. Channick was at UCSD for 20 years helping build the pulmonary vascular program there. From 2009-2018 he was at Massachusetts General Hospital, Harvard Medical School where he built a large Pulmonary Vascular Program and was a co-founder of both MGH PERT and the PERT Consortium.

He has been at UCLA since September 2018, directing the UCLA Acute and Chronic Thromboembolic Disease Program. Dr. Channick has published over 200 original articles, chapters and reviews focused on all aspects of pulmonary hypertension and pulmonary embolism. He serves on many national and international leadership committees including the American Thoracic Society Pulmonary Circulation Program Committee and the American College of Chest Physicians Pulmonary Vascular Disease Network steering committee, past Chair of the Scientific Leadership Committee. Dr. Channick has served on the steering committees for several pivotal clinical trials in pulmonary vascular disease and lectures nationally and internationally. 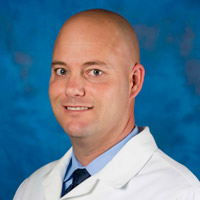 Dr. Sam Weigt is an Assistant Professor in the Division of Pulmonary and Critical Care Medicine. He is also the director of the Interstitial Lung Disease Center and Pulmonary Fibrosis Foundation Care Center at UCLA.
He is a graduate of Creighton University School of Medicine, where he earned his M.D. degree. He then did his residency training in Internal Medicine and fellowship in Pulmonary and Critical Care at UCLA. He earned his Master of Science in clinical research through the Specialty Training and Advanced Research (STAR) Program at the David Geffen School of Medicine at UCLA.

Dr. Weigt joined the faculty at UCLA in 2008. Dr. Weigt is an attending physician in the Interstitial Lung Disease Center, the Lung Transplant Program, and on the Advanced Lung Disease inpatient consult service at UCLA. Dr.Weigt is also an active researcher who studies interstitial lung disease and lung transplant rejection. 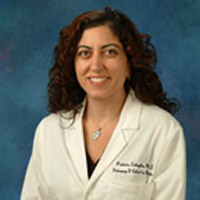 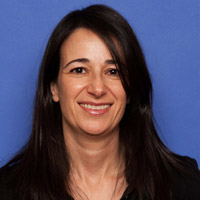 Dr. Michelle Zeidler is a pulmonologist in Los Angeles, California and is affiliated with multiple hospitals in the area, including Cedars-Sinai Medical Center and LAC-Olive View-UCLA Medical Center. She received her medical degree from Keck School of Medicine of USC and has been in practice for more than 20 years. 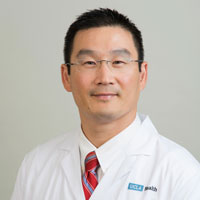 He specializes in minimally invasive diagnostic and therapeutic procedures of the respiratory system including bronchoscopic and pleural based procedures such as:

Dr. Oh practices in both Westwood and Santa Monica. 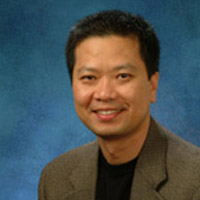 Dr. Irawan Susanto is a pulmonologist in Los Angeles, California and is affiliated with multiple hospitals in the area, including UCLA Medical Center and UCLA Medical Center-Santa Monica. He received his medical degree from University of Texas Medical School and has been in practice for more than 20 years. Dr. Susanto accepts several types of health insurance, listed below. 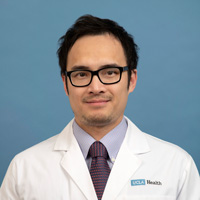 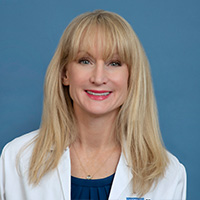 Dr. Colleen Channick is a nationally recognized interventional pulmonologist who provides both inpatient and outpatient care in Westwood and Santa Monica, and performs diagnostic and therapeutic procedures in both settings. She is board certified in internal medicine, pulmonary medicine and critical care medicine, and is a diplomat of the American Association of Bronchology and Interventional Pulmonology. 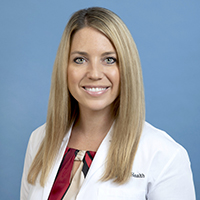 Dr. Catherine Oberg is a board-certified interventional pulmonologist who practices in Torrance. She performs a variety of diagnostic and therapeutic respiratory system procedures, and always works with patients to find the least invasive option that aligns with their goals of care. Her clinical interests include minimally invasive diagnostic procedures, bronchoscopic lung volume reduction and central airway obstruction.
She performs a variety of procedures, including:

In addition to her clinical work, Dr. Oberg is a clinical instructor at the David Geffen School of Medicine at UCLA, who has conducted research on endobronchial valve placement, pleural disease and central airway obstruction, among other topics.