Bogdan Pasaniuc says studying the genomes of a diverse set of people will help ensure that future research better serves everyone, regardless of ancestry.

"One of the most troubling things about COVID-19 is that we have a limited ability to predict how sick a specific individual will get," said Dr. Daniel Geschwind.

Geschwind is the MacDonald Distinguished Professor in Human Genetics at the David Geffen School of Medicine at UCLA and a member of the Eli and Edythe Broad Center of Regenerative Medicine and Stem Cell Research at UCLA. And he's part of a team of UCLA scientists conducting research to learn why certain people get sick from the virus that causes COVID-19 — and why others don't.

Millions of people around the world have been infected with SARS-CoV-2, the virus that causes COVID-19, and many have shown no symptoms at all. Those who have gotten sick have experienced a dizzying array of symptoms including fever, cough, loss of smell or taste, difficulty breathing, digestive issues, organ damage and stroke.

While the elderly and people with some preexisting conditions including heart and lung disease are more likely to get sick, there are new cases every day of people who belong to none of these groups and end up with severe symptoms.

"The vast majority of young people can be exposed to the virus and seemingly develop no symptoms, and yet there are a handful of healthy 20- and 30-year-olds ending up in intensive care units on ventilators," said Geschwind, who also directs the Institute for Precision Health at UCLA. "Likewise, we know age is a major, major factor, but we see some older people who get infected and do quite well."

Geschwind is collaborating with UCLA professors Dr. Manish Butte and Bogdan Pasaniuc to solve that mystery. They believe part of the answer lies in our genes.

Two ways to look at genomes

The researchers have launched a program with the University of California's five other medical centers to collect and analyze the genetic data of hundreds of COVID-19 patients from diverse backgrounds. Using computational and statistical methods, they're working to identify the genetic factors associated with protection from and susceptibility to the virus, as well as the factors that are linked with the infection's most devastating symptoms.

"There are two ways of looking at the COVID-19 patient genomes," said Pasaniuc, an associate professor of pathology and laboratory medicine, human genetics, and computational medicine. "You can look at the genome of one individual and ask, 'Can we learn something about why this one young, healthy person got so sick?' or you can look at the whole picture of data collected from people around the world and look for one commonality — say a single gene disruption — that is shared among all the people who are getting extremely sick."

The answers that come out of this research could give scientists and clinicians the tools to identify people who have a high or low risk for infection, develop new treatment and prevention strategies and, one day, plan an individual's treatment for COVID-19 based on their unique genetic risks. 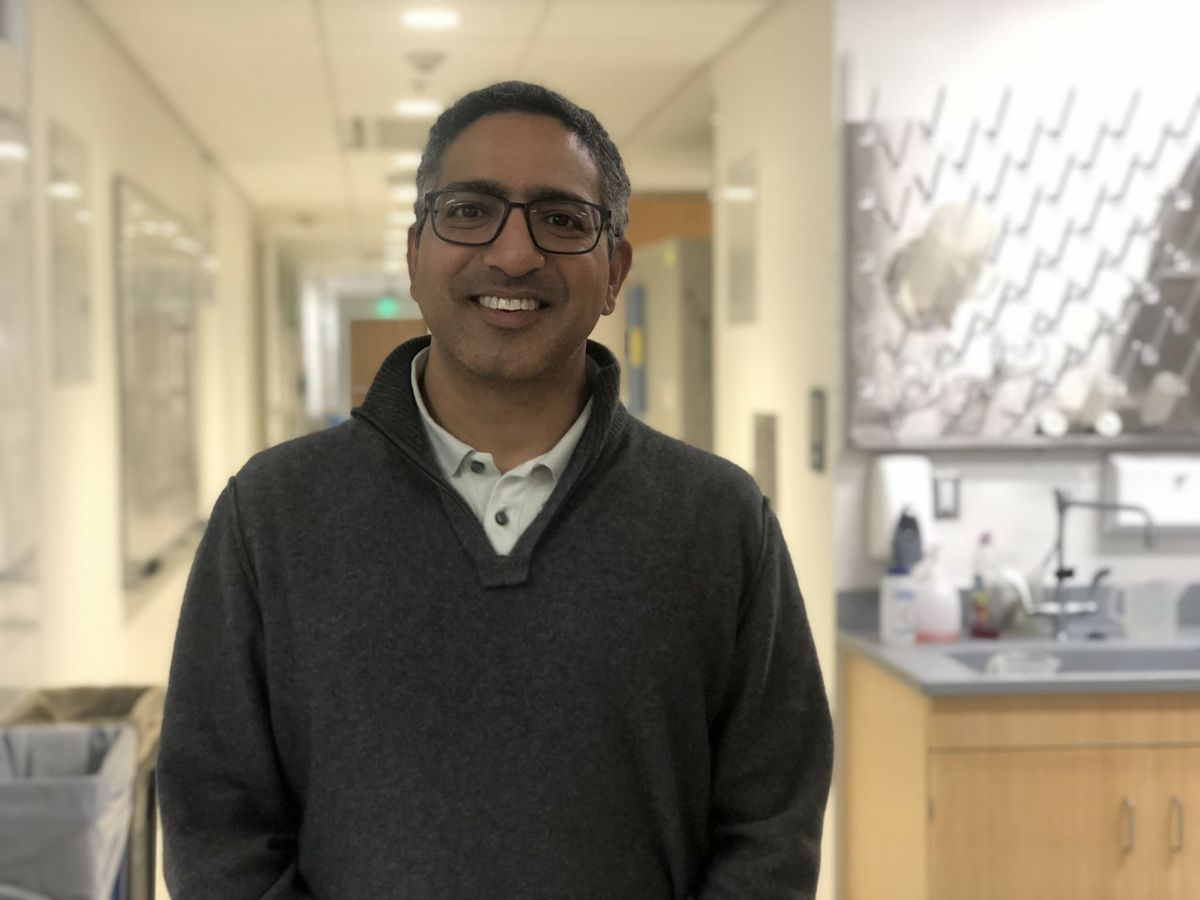 To increase the impact of their efforts, the group is integrating their data into two global consortia: the COVID Human Genetic Effort and the COVID-19 Host Genetics Initiative, which bring together whole genome sequencing data from more than 150 studies worldwide.

"The amazing thing that is happening right now is that everyone is sharing their data as openly and quickly as they can," said Butte, UCLA's E. Richard Stiehm Professor of Pediatric Allergy, Immunology and Rheumatology. "What we are doing is not just going to help patients of the UCLA Health system. It will really impact the whole world. And the data and collaborators from around the world will impact us too."

Now several months into the pandemic, scientists and clinicians have learned that it is less the virus itself that is causing the deaths of COVID-19-infected patients than it is the body's response to it. "Some viruses, like Ebola and measles, are very cytopathic or cytolytic, meaning they destroy the host's tissues," Butte said. "SARS-CoV-2 is only mildly cytolytic. When people die of COVID-19, they mostly die because their immune system became hyperactivated."

That hyperactive immune response can damage the lungs, heart and kidneys and lead to clotting disorders and even stroke. So a critical part of this research is aimed at identifying which genetic mechanisms in certain people's immune systems are provoking this deadly immune response.

"With this information, we could look at a patient's genetic data and then warn their physician that they need to watch out for a hyperactive immune response, and maybe administer a treatment to prevent this from happening," Geschwind said.

Data that represent everyone

Although their scientific backgrounds are quite different — Geschwind is a developmental neurobiologist, neurologist and geneticist, Pasaniuc is a computer scientist and Butte is an immunologist — the researchers were brought together by their shared belief that genetics could be a key to finding better approaches to the pandemic.

"We each came to realize that you have to dive into the genetics to understand why our patients are getting sick," Butte said.

That realization reflects a years-long trend in medical research. Over the past 20 years, genome-wide association studies have become a powerful tool for linking genetic markers with disease. But even those studies have shortcomings, including that they fail to capture the level of diversity that exists globally.

According to a 2019 analysis published in the journal Cell, 78% of data used in human genetic studies have come from people of European ancestry, despite the fact that that population accounts for just 16% of the global population.

That historical disparity makes it all the more important that data used in COVID-19 cases be collected from a diverse and representative set of patients. August 2020 data from the U.S. Centers for Disease Control and Prevention indicate that American Indian or Alaska Native, Black or African American, and Hispanic or Latino people in the United States have been nearly three times as likely to become infected with SARS-CoV-2 and between four and five times as likely to be hospitalized due COVID-19 as those with European ancestry. 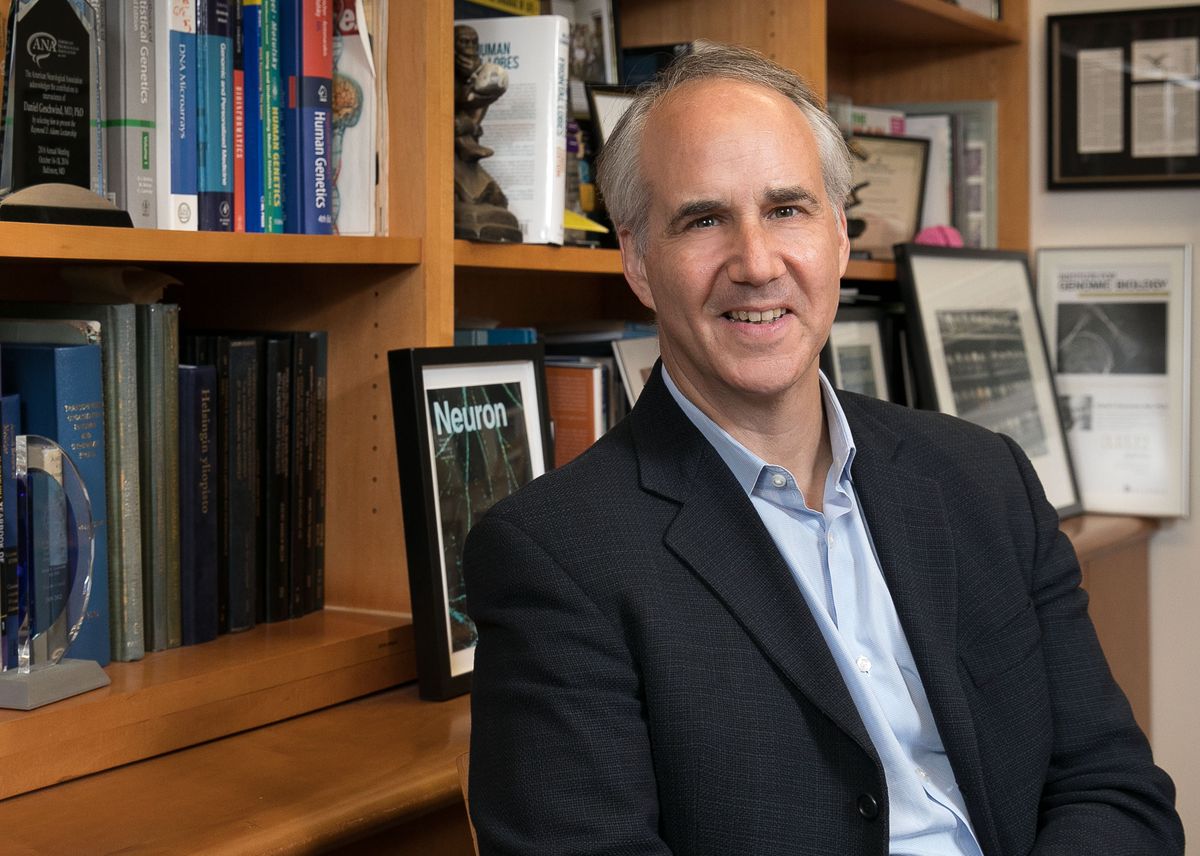 Almost certainly, Butte said, that alarming disparity is due to centuries of social and economic inequities that today, for example, reduce access to health care and force unavoidable exposure in work environments that are less safe than staying at home.

"Indeed, there are no genes related to eye, hair and skin color that influence disease outcomes of COVID-19," Butte said.

To better understand if the genetic variants they find in patients with COVID-19 are clinically meaningful, the researchers need to compare those variants to hundreds of thousands of genomes obtained from healthy people. And genomic databases are mostly drawn from people of European ancestry.

The UCLA researchers' efforts to study a diverse patient population should be aided in large measure by their location: Thanks to the diversity of Los Angeles, approximately 40% of UCLA’s patients are of non-European ancestry. The scientists are optimistic that their data will help make the global genome repositories more diverse — and therefore more helpful to the communities that have been hardest hit by the pandemic.

"By studying the genomes of a diverse set of individuals, not only we can disentangle the interplay between genetic and social determinants of health, but we can make sure that all individuals, regardless of their ancestry, are served by current and future genomic findings," Pasaniuc said.

Health and Behavior
Report identifies barriers to accessing dental care for low-income Californians
06/21/2021
A UCLA Center for Health Policy Research brief notes that a looming shortage of dentists in the state could exacerbate the problem.

Health and Behavior
Medication may help heavy-drinking smokers improve their health
06/15/2021
A UCLA clinical trial provides evidence that the prescription drug varenicline can aid those who want to quit smoking and reduce their drinking.


For the 15th consecutive year, UCLA Mattel Children's Hospital has placed among the nation's best in pediatric care in a widely watched ranking.