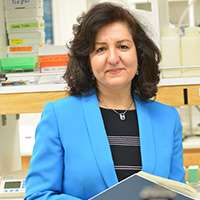 The Eghbali Laboratory's work focuses on the molecular basis of the remodeling of voltage-activated K+ channels in the heart by sex hormones. Dr. Eghbali and her colleagues have identified a key molecule that controls the production of oxidized lipids, and is reduced in the lungs and blood of patients with pulmonary hypertension; this discovery could lead to the development of a new blood test to aid in early detection. Pulmonary hypertension is up to four times more common in women, and Dr. Eghbali's team is leading in the investigation, for the first time, of the role of sex chromosomes in the development of this devastating disease. The Y chromosome appears to be protective, and the team's goal is to identify the gene(s) on the Y chromosome responsible for the protective effect. This research may ultimately explain the prevalence of pulmonary hypertension among women and potentially elucidate a novel therapeutic approach to treatment. In addition, researchers in the Eghbali Laboratory have developed the first model of combined pulmonary fibrosis and pulmonary hypertension in rats, effectively simulating the human disease. They are focusing specifically on the study of a molecule called microRNA 125b-3p. This molecule may serve as a biomarker for disease progression, and may also serve as a therapeutic target for treatment.

Dr. Eghbali is our department’s Director of Physician-Scientist Training, and Director of the Basic Science Training Environment. She received her PhD degree from the John Curtin School of Medical Research, Australian National University. 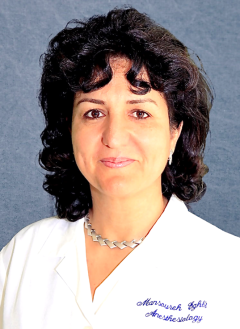 Dr. Eghbali is a Professor in the Department of Anesthesiology at UCLA. She is also  Director of Physician-Scientist Training Program, and Director of the Basic Science Training Environment in our department. She received her PhD degree from the John Curtin School of Medical Research, Australian National University in 1999 followed by a posdoctoral training at UCLA (1999-2002). Her lab studies the molecular and cellular mechanisms underlying the development and progression of heart disease (heart failure, myocardial ischemia/reperfusion injury, and cardiac arrest induced by anesthetic overdose), and lung disease (pulmonary hypertension and acute lung injury), and to develop novel therapeutics such as micro-RNAs for heart disease and lung disease. Her lab also studies sex differences in cardiovascular disease in particular the role of estrogen, estrogen receptors and more recently the role of sex chromosomes. 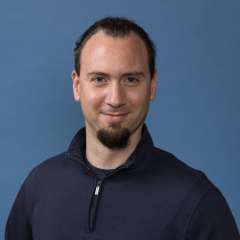 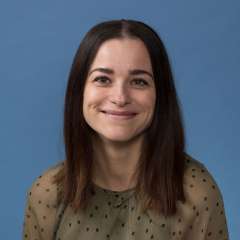 Molecular mechanisms underlying cardiac and pulmonary fibrosis and calcification. Lejla obtained her PhD in cellular and molecular cardiology at the University of Amsterdam, The Netherlands in September 2018. She started her postdoc in the Eghbali lab shortly after. A list of her publications can be found here. 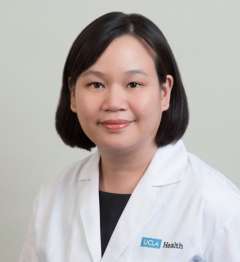 My current research analyzes the differences in the miRNA expression profile of survivor vs. non-survivor pediatric patients with ARDS. 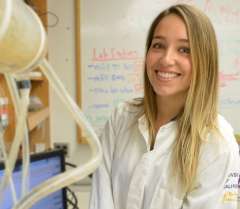 Christine is a PhD candidate interested in sex chromosome effects in ischemic heart disease and pulmonary hypertension. Our lab found striking effects of X chromosome dosage in ischemic heart disease (one X vs two) and a protective effect of the Y chromosome in pulmonary hypertension. Christine's research focuses on unraveling the molecular mechanism as to how sex chromosomes impart sex-specific bias in order to better understand the role of sex in cardiovascular pathophysiology and creatively identify novel pathways for therapeutic intervention. Christine's work has been supported by a T32 training grant, an American Heart Association Predoctoral Fellowship, the 2019 CTSI/Iris Cantor Women's Health Center Young Investigator Fellowship, and a Dissertation Year Fellowship. Christine is looking forward to a career in academic research and is passionate about science, medicine, and increasing female representation in STEM. 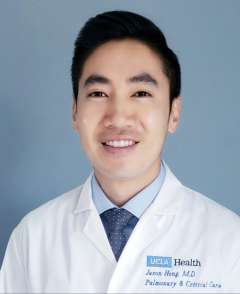 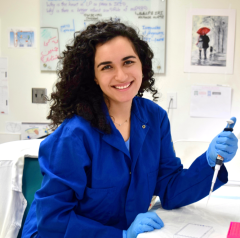 Laila is a PhD student interested in the molecular mechanisms underlying cardiovascular disease during pregnancy. Heart attacks have been reported to occur more frequently and carry a worse prognosis during pregnancy for unclear reasons. Our lab has reported that the late-pregnant rodent is more prone to myocardial ischemia-reperfusion injury compared to the non-pregnant rodent. Laila’s research focuses on unraveling the molecular mechanisms involved in the higher susceptibility of late pregnancy to ischemia-reperfusion injury, with a specific focus on the role of microRNAs. She hopes to find therapeutic targets for the treatment of pregnant women who are at higher risk of cardiovascular disease. A list of her publications can be found here. 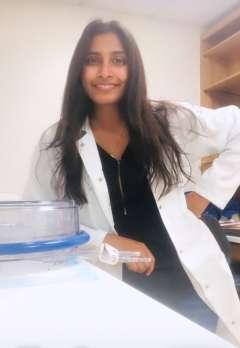 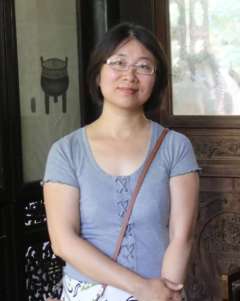 Min received her Ph.D. from Peking Union Medical College in China. She joined Dr. Eghbali’s lab in 2017. She had many years of experience in molecular biology techniques as well as mouse model of myocardial ischemia-reperfusion injury. She is interested in the study of molecular mechanisms behind sex difference in myocardial ischemia-reperfusion injury and pulmonary hypertension as well as to explore the therapeutic strategies for these diseases.

We have previously shown that estrogen treatment rescues heart failure in mice. In this paper we show the rescue action of estrogen is mainly mediated through estrogen receptor beta.

This review summarizes the field of epigenetics in the context of cardiovascular development and disease while also highlighting the role of epigenetic regulation including DNA methylation, histone modification as well as non coding RNA-based regulation as powerful sources of sex differences within the cardiovascular system.

The pathological consequences of ischemic heart disease involve signaling through the autonomic nervous system. In this paper using acute and chronic myocardial ischemia in a large animal model of Yorkshire pigs, we identified genes that were differentially expressed in acute and chronic model compared to control in the thoracic dorsal horn using RNA-Seq analysis.

In this paper we characterize the heart of an arobatic male (manakin) bird which has the highest heart rates during acrobatic courtship dance recorded in any bird or mammal. We found  the manakin heart had a significantly thicker left ventricular with a smaller left ventricular chamber as well as significantly greater gene expression of ryanodine receptors and androgen receptors. Testosterone treatment of non-breeding manakins increased gene expression of the Ca2+ pump SERCA.

Ventricular chamber growth and development during perinatal circulatory transition is critical for functional adaptation of the heart. In this paper systems genomic and functional biology analyses of the perinatal chamber specific transcriptome, we identified Wnt11 as a prominent regulator of chamber-specific proliferation. We also show downregulation of Wnt11 expression was associated with cyanotic congenital heart defect phenotypes and correlated with O2 saturation levels in hypoxemic infants. Wnt11 inactivation was sufficient to induce myocyte proliferation in perinatal mouse hearts and downregulation of Wnt11 in hypoxemic infantile hearts was associated with Rb1 suppression and induction of proliferation markers. Defining the underlying regulatory mechanism may yield chamber-specific therapies for infants born with CHDs.

This review summarizes the protective role of estrogen and its receptors in the cardiovascular system and discusses its underlying mechanisms with an emphasis on oxidative stress, fibrosis, angiogenesis, and vascular function. The controversies surrounding the clinical use of exogenous estrogen as a therapeutic agent for cardiovascular disease in women due to the possible risks of thrombotic events, cancers, and arrhythmia are also discussed.

This review summarizes recent evidence concerning hormonal and sex chromosome effects in obesity, atherosclerosis, aneurysms, ischemia/reperfusion injury, and hypertension. Cardiovascular diseases occur and progress differently between sexes due to sex-specific protective and harmful effects. Gonadal hormones, especially estrogens and androgens, have long been found to account for some sex differences in cardiovascular diseases, and molecular mechanisms mediating these effects have recently been elucidated. More recently, the effects of sex chromosome genes have also been implicated as contributors in animal models of cardiovascular diseases, especially a deleterious effect of the second X chromosome found in females but not in males.

We focused on the current understanding of the role of oxidized lipids, lipid metabolism, peroxidation, and oxidative stress in the progression of pulmonary hypertension. This review also discussed the relevance of apolipoprotein A-I mimetic peptides and microRNA-193, which are known to regulate the levels of oxidized lipids, as potential therapeutics in pulmonary hypertension.

Estrogen pre-treatment has been shown to attenuate the development of heart hypertrophy, but it was not known whether estrogen could also rescue heart failure. We discovered that estrogen rescues pre-existing heart failure in mice by restoring cardiac estrogen and aromatase levels, stimulating cardiac angiogenesis, and by suppressing myocardial fibrosis.