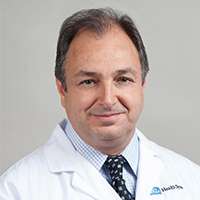 Ion channels and cellular excitability are central themes of the research programs developed in the Olcese Laboratory, which integrates molecular-level biophysical studies with organ-wide phenomena of clinical significance such as cardiac arrhythmia.

Ion channels are exquisitely complex membrane proteins that control the flux of ions across the cell membrane. Some of the channels open and close in response to changes in the cell membrane potential or the concentration of specific signaling molecules, in turn regulating fundamental functions such as neuronal excitability, muscle contraction, and the beating of the heart.  Riccardo Olcese, PhD, leads a team of talented scientists studying the fundamental mechanisms of ion channel function and regulation to understand their role in human physiology. Toward this goal, the investigators combine the most advanced state-of-the-art techniques in ion channel biophysics, including electrophysiology, biochemistry, molecular biology, fluorescence spectroscopy, analytical biochemistry, microscopy and mathematical modeling.

The Olcese Laboratory uses the quantitative tools of biophysics in a translational context to understand the role of abnormal ion channel function in human diseases. One of the large research programs in the laboratory focuses on cardiac arrhythmias, and specifically on certain anomalies of cardiac cell excitability known as Early Afterdepolarizations (EADs), which are recognized triggers of life-threatening arrhythmias. The Olcese team is testing novel, more effective strategies to prevent or suppress cardiac arrhythmias based on subtle modifications of specific properties of the cardiac L-type calcium channels, aiming to suppress aberrant excitability of the heart without affecting heart contractility.

The Olcese Laboratory is supported by multiple research grants awarded by the National Institutes of Health.

Voltage-activated ion channels, are largely responsible for cell electrical excitability. They “sense” the electric potential across the plasmamembrane using specialized Voltage Sensing Domains that compel the pore to open it. By optically tracking the movement of a human calcium channel using a technique called Voltage Clamp fluorometry, the Olcese laboratory revealed the mechanism by which one accessory proteins (called a2d-1) increases the sensitivity of the channel to membrane depolarizations, thus allowing the channel to operate at physiological potentials. This work has been highlighted by a Commentary in the same issue of the Journal of General Physiology, and by Dr. A. C. Dolphin who recommended the work as being of special significance in the Faculty of 1000 Prime.

BK channels are a central focus of the Olcese laboratory. They are universal regulators of cell excitability, given their exceptional unitary conductance selective for K+, joint activation mechanism by membrane depolarization and intracellular [Ca2+] elevation, and broad expression pattern. In this chapter, we discuss the structural basis and operational principles of their activation, or gating, by membrane potential and calcium. We also discuss how the two activation mechanisms interact to culminate in channel opening. As members of the voltage-gated potassium channel superfamily, BK channels are discussed in the context of archetypal family members, in terms of similarities that help us understand their function, but also seminal structural and biophysical differences that confer unique functional properties.

Pathological rise of either or both of INa-Land late ICa,Lare demonstrated to promote cellular early afterdepolarizations (EADs) and EAD-mediated triggered activity that can initiate VT/VF in remodeled hearts. The selective inhibition of the INa-L without affecting peak with the highly specific prototype drug GS-967 suppresses EAD-mediated VT/VFs. As in the case of INa-L, selective inhibition of the late ICa,Lwithout affecting its peak with the prototype drug, roscovitine suppressed oxidative EAD-mediated VT/VF. These findings indicate that specific blockers of the late inward currents without affecting their peaks (gating modifiers), offer a new and effective AAD class action i.e., "Class VI." The development of safe drugs with selective Class VI actions provides a rational and effective approach to treat VT/VF particularly in cardiac conditions associated with enhanced CaMKII activity such as heart failure.

In this collaborative effort, a directed proteomic approach discovered the novel interaction of the large-conductance Ca- and voltage-activated BKCa channel with Tom22, a component of the mitochondrion outer membrane import system, and the adenine nucleotide translocator (ANT). The results from this work demonstrate provide a molecular framework to understand the intricacies of mitoBKCa mitochondrial import mechanism and function.

Other publications representative of the Olcese Laboratory research work: 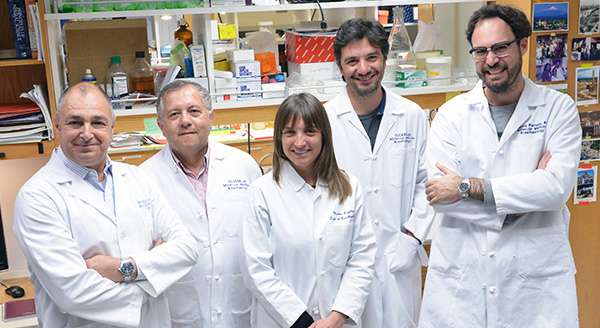