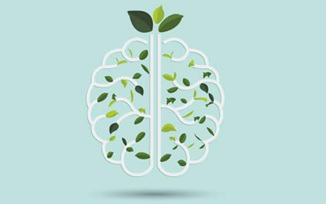 Stroke is the leading cause of adult disability. In the US, there are 800,000 strokes per year and more than 7 million stroke survivors live with some kind of lingering effect of the stroke brain damage. For decades, the primary treatments for stroke recovery are the physical medicine techniques of occupational, physical and speech/cognitive therapy. Medical treatments have been elusive. While the rest of medicine has moved forward by developing drugs that specifically treat diseases, such as cancer or heart disease, there is no drug that specifically treats the brain to enhance recovery in stroke. That may be changing -- Dr. S. Thomas Carmichael and his team identified a drug that has promise to improve recovery in stroke using three orthogonal approaches. First, Dr. Alcino Silva, a prominent researcher of learning and memory at UCLA and long-time collaborator of Dr. Carmichael, identified a new molecule that enhances learning and memory in mice. This molecule, called “CCR5”, was unexpected for a memory molecule, because its previous function was identified in the immune system. Blocking CCR5 improved learning and memory in a dramatic way in mice. This work was published in the high impact journal Elife.

Second, Drs. Silva and Carmichael reasoned that CCR5 might have an effect in stroke recovery because of how it stimulated memory function. They launched a fully separate and independent set of studies, an orthogonal experiment, to determine if this molecule improved recovery in stroke. Blocking CCR5 did improve stroke recovery in mice in a quite substantial way. CCR5 has a naturally occurring gene mutation in people. This mutation, termed the “delta32” mutation, produces a loss of function in the gene. In a third orthogonal experiment, the Carmichael Lab teamed up with a research group in Israel to determine if patients with this delta32 mutation in CCR5 have better recovery of function after stroke. The findings in mice would predict that they would. This turned out to be the case—patients with the CCR5 mutation recovered better from stroke. A final part of this story is that CCR5 blockers are already developed in medicine as drugs. One such drug is called maraviroc. It is used to treat HIV/AIDS. The Carmichael team tested maraviroc in mouse stroke models and found that it enhanced recovery after stroke. The CCR5 studies were published in the high impact journal Cell. These findings have led to a clinical trial of maraviroc in stroke recovery, led by UCLA and involving the Yale School of Medicine and the Burke Rehabilitation Center.

Orthogonal studies identified a treatment that affects two diseases differently, and opens a door for a new treatment for stroke recovery.