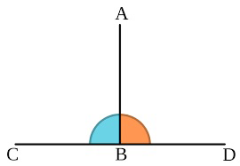 The mention of “orthogonality” sends us running to our dictionaries. The word does not come bubbling into the mind in, say, the morning commute. Orthogonal means that two systems do not interact to influence each other. They come together at one point or one juncture, but otherwise the one system does not influence the other. This independence means that moving around, testing, or modifying things in one system does not alter elements in the other system. Literally, orthogonal means that “changing A does not change B”. Think of a radio -- changing the station does not change the volume. In science, orthogonal evidence is a key element in establishing the importance of a new finding. When some finding is proven in not just one, but two independent ways of study, then this finding is more likely to be not just a single observation, but a fact. If we find that a peanut butter and jelly sandwich is the best sandwich because of taste, and then again in tests of durability (such as leaving it in the office for one day and eating it the next), then the PB&J has orthogonal support for the scientific finding of Best Sandwich.

In biomedical research, we seek for orthogonal ways of proving that a new finding is important to the treatment of human disease. When we discover a candidate drug, if we can prove that this drug will treat epilepsy or migraine by using two separate and independent studies, two orthogonal sets of experiments, then the drug is much more likely to be a truly valid therapeutic. Orthogonal studies are difficult to set up in biomedical research, taking substantial time, planning and resources.

In this Fall issue of the UCLA Neurology Chair’s Report, we look at orthogonal studies in brain cancer, dementia and stroke that have identified startling new avenues for therapies in these diseases.