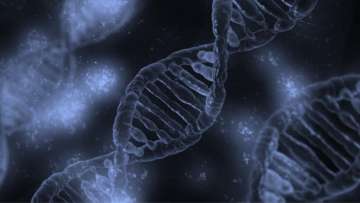 In 2012 a family journeyed to UCLA hoping to understand the illness affecting their 11-year-old daughter. Since an early age she had difficulty walking and her parents feared she soon would never walk again. They had been to many doctors and all described her condition as ataxia, a problem with balance and coordination due to damage in a part of the brain called the cerebellum.

The only consensus was that the cause must be genetic, due to an unexplained change deep within her genome, the DNA contained in all her cells. Even though scientists have studied genetic ataxias for decades and, in fact, some of the more common forms were initially described over 150 years ago, her doctors were no closer to an explanation for her disease. UCLA has long pioneered new genomic technologies and has been one of the leaders in applying this to neurological disease. Using a new test that sequences every gene within her genome, Brent Fogel MD, PhD, Director of the UCLA Neurogenetics Clinic, identified the culprit, a damaged gene causing a defect slowing the uptake of a specific vitamin to her cells.

High dose vitamin therapy was started immediately and her disease rapidly retreated. Five years later, that young girl is a typical teenager with aspirations to someday be a model or maybe even a movie star.

Virtually all neurological disease can be traced back, in some part, to changes in the DNA that range from directly causing the illness itself to setting the stage for its development under certain circumstances. Continuing a tradition of leadership in the field, the UCLA Department of Neurology is launching a new Clinical Neurogenomics Research Center (CNRC), under the direction of Dr. Fogel, to bring these advances to every UCLA patient facing neurological disease. By unlocking the secrets contained within each person’s DNA, the efforts of the CNRC will enhance diagnosis, providing answers to genetic causes within weeks instead of years.

Beyond that, the CNRC will tackle even bigger questions such as:

Ultimately a better understanding of our genes will lead to better therapies, more effective treatments, and hopefully, more cures like the single DNA change that, once recognized, led a young girl who almost couldn’t walk being able to run. By linking patients, physicians, and basic scientists, the CNRC will create an environment with the potential for every UCLA Neurology patient to receive state-of-the-art clinical care while directly contributing to novel research into their own neurological condition.