Our knowledgeable GI experts provide outstanding care. Call 310-825-2631 to connect with a specialist. 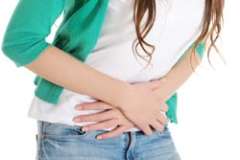 Functional abdominal pain syndrome refers to chronic or frequently recurring abdominal pain that is not associated with changes in bowel patterns. As with other functional GI disorders, the pain can't be explained by structural problems found on x-rays, or by any laboratory results. For people suffering from abdominal pain syndrome, the discomfort can become debilitating though in some cases, participation in other activities can provide a distraction from the pain.

Diagnosis: Functional abdominal pain syndrome is typically diagnosed based on a discussion with the doctor about the nature of the pain and symptom patterns, as well as a physical examination. If uncertainty remains, diagnostic tests may be used to confirm or exclude the diagnosis. These can include blood tests, urine and stool samples, abdominal x-rays, and endoscopy.

Treatment: Treatment for functional abdominal pain syndrome focuses on reducing the severity of symptoms. This can be done in part by identifying triggers for flare-ups. Psychological treatments ranging from cognitive-behavioral therapy to hypnosis and relaxation techniques can be beneficial. Medications, including certain types of antibiotics and low-dose antidepressants, can also serve to relieve the pain.

Cyclical vomiting syndrome is a functional GI disorder characterized by periodic and unexplained episodes of severe nausea and vomiting. These episodes can last for several hours or even days, occasionally requiring hospital treatment. The condition is more common in children than adults, and most common in individuals who also experience migraine headaches.

Symptoms: Symptoms associated with cyclical vomiting syndrome include heaving or gagging, abdominal pain, dizziness, headache, and lack of appetite. The nausea and vomiting episodes tend to follow similar patterns in their onset, duration and intensity. Certain triggers may be involved, including stress or anxiety, illness, exhaustion, hot weather, motion sickness, or consuming certain foods or beverages.

Diagnosis: Diagnosis of cyclical vomiting syndrome involves a combination of a patient and family history and physical exam, along with blood, urine, and imaging tests, and an endoscopy of the upper gastrointestinal tract. Cyclical vomiting syndrome is typically diagnosed when a child has at least five separate episodes, or at least three separate episodes over six months (for an adult, three or more episodes in the past year); when these episodes are not attributable to another disorder; and when there is a lack of nausea and vomiting between episodes.

Treatment: Cyclical vomiting syndrome treatment can include medications (including anti-nausea drugs, antidepressants, drugs to reduce acid in the stomach, and sedative medications), as well as drugs used to prevent migraine headaches. When stress or anxiety is involved, psychological treatments can also be helpful. 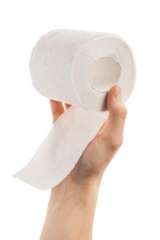 As many as 63 million people in North America meet the diagnostic criteria for chronic constipation, characterized by difficult, infrequent, or perceived incomplete evacuation of bowel movements. Constipation can be caused by a wide range of conditions or medications, but functional constipation is not due to any secondary causes.

Symptoms: Symptoms of constipation include having less than three bowel movements per week, straining, hard stools, incomplete evacuation, and inability to pass stool.

Diagnosis: The presence of at least two of the following six symptoms over the past three months qualifies for a diagnosis of functional constipation: straining, hard stools, sensation of incomplete evacuation, sensation of anorectal blockage, use of manual maneuvers to facilitate evacuation of stool, and fewer than three bowel movements per week. The main symptom that differentiates functional constipation from irritable bowel syndrome (IBS) with constipation is abdominal pain, which is more common in IBS.

Treatment: For those who suffer from bothersome symptoms of chronic constipation, a high-fiber diet or fiber supplements are often recommended to help ease stool passage. In more severe cases, medications are usually needed. Other strategies include over-the-counter laxatives, calcium channel activators, biofeedback and, in the most severe cases, surgery.

Patients with functional diarrhea exhibit many of the same symptoms as those with irritable bowel syndrome (IBS) - including loose or watery stools, bloating, and a sense of incomplete evaluation - but without the abdominal pain that is associated with IBS. As a functional GI disorder, functional diarrhea occurs despite the absence of any obvious structural cause.

Diagnosis: Diagnosis of functional diarrhea begins with a medical and dietary history and physical examination, and may also include blood tests and stool analysis, as well as colonoscopy or endoscopy to rule out other causes of the diarrhea.

Treatment: Treatment of functional diarrhea aims to relieve the symptoms. The first course of treatment generally involves dietary modifications, and if these prove to be insufficient, certain medications may be effective.

Dyspepsia refers to poor digestion, and is a term used to describe a set of symptoms, including upper abdominal pain or discomfort, that are believed to be caused by the gastrointestional tract - often as a result of a chronic peptic ulcer, infections of the stomach, or gallstones. Approximately 25 percent of the population is affected by dyspepsia, but for some the problem has no identifiable explanations for the symptoms. These individuals are considered to have functional dyspepsia, possibly stemming from abnormal communication between the gut and the brain.

Symptoms: Symptoms of functional dyspepsia can include a burning or sharp pain, dull ache, abdominal fullness or pressure, and in some cases nausea or vomiting. These symptoms tend to be worst after eating, and are not associated with bowel movements.

Diagnosis: Functional dyspepsia is diagnosed when, despite no signs of structural disease, the patient has experienced one or more of the following symptoms for at least three months: bothersome post-meal fullness, feeling full early, or feeling pain or burning in the upper abdomen.

Treatment: The best treatment for dyspepsia is to avoid the foods and behaviors that worsen the symptoms. No one diet works for everyone, but many find that it is helpful to eat meals at regular times, eat slowly, avoid overeating, and avoid alcohol or tobacco. If stress is a major trigger, stress reduction strategies or other psychological treatments may be helpful. Certain medications can help to reduce acid in the stomach.

Irritable bowel syndrome, or IBS, is a chronic or recurrent gastrointestinal condition characterized by abdominal pain, discomfort, and altered bowel habits (diarrhea and/or constipation). IBS alone accounts for an estimated 12 percent of all medical conditions diagnosed in primary care practices and, along with other functional bowel disorders, accounts for over 40 percent of diagnoses made by gastroenterologists. It affects children and adults of all ages, with symptoms typically first appearing in late adolescence or early adulthood.

Symptoms: IBS symptoms can range from mild to severe. The most common include abdominal pain, diarrhea and/or constipation, bloating, bowel urgency (having to rush to the bathroom to have a bowel movement) or incontinence (leakage), and the feeling of incomplete evacuation after a bowel movement. Often, the symptoms will be present for months, then disappear, only to reappear after a period of time.

Diagnosis: As with other functional bowel disorders, IBS cannot yet be reliably diagnosed by blood tests, abdominal imaging studies, tissue samples, or other routine tests. It is diagnosed based on symptoms and the absence of "red flags" that would point to other conditions.

Treatment: Nearly all individuals with IBS can be helped, but no single treatment works for everyone. Certain foods, stress, gas, depression, and anxiety can cause the colon to overreact and increase symptoms. There is a range of treatments that can help to normalize bowel movements, ranging from medications to behavioral therapies.