Our pediatric pulmonologists customize every treatment based on your child’s needs. Call 310-825-0867 to connect with an expert.

As leaders in exceptional care for pulmonary (lung) conditions, breathing problems and sleep disorders, our team specializes in delivering an accurate diagnosis and effective treatments.

In addition to pediatric pulmonologists, our team includes skilled social workers, nurses, dietitians and respiratory therapists. We work together to offer tailored therapies and treatments. 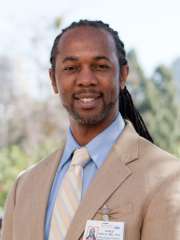 Dr. Sande Okelo is an Assistant Professor of Pediatrics at The David Geffen School of Medicine at UCLA. Dr. Okelo received his medical degree from Case Western Reserve University in Cleveland, OH. He completed his residency in Pediatrics at Oakland Children's Hospital, fellowship in Pediatric Pulmonology at Johns Hopkins Hospital, and PhD in Clinical Investigation at the Johns Hopkins-Bloomberg School of Public Health. 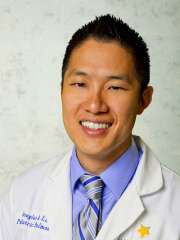 Dr. Douglas Li is an Associate Clinical Professor at The David Geffen School of Medicine at UCLA. Dr. Li received his medical degree from Wake Forest University in Winston-Salem, NC. He completed his residency in Pediatrics and fellowship in Pediatric Pulmonology at Children's Hospital Los Angeles. He conducted research on ventilatory control in congenital central hypoventilation syndrome and iron supplementation in cystic fibrosis. 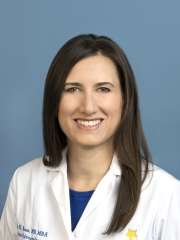 Dr. Ross attended undergraduate school at UC Los Angeles (UCLA) and received her medical degree from UC San Diego (UCSD). She completed her pediatric residency and pulmonary fellowship at Rady Children's Hospital in San Diego through UCSD. She joined the UCLA Pediatric Pulmonology group in 2015. During her pulmonary fellowship she was trained in clinical informatics, which is the use of information technology to deliver healthcare. 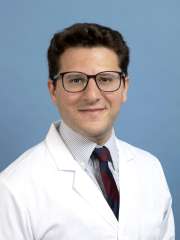 Dr. Hamberger earned his bachelor's degree at Brown University and received his medical degree at New York Medical College. He completed his pediatric residency at Northwell Health – Cohen Children's Medical Center in New York. Prior to joining UCLA, Dr. Hamberger completed his fellowship training in Pulmonary Medicine and Cystic Fibrosis at Stanford University, where he studied the risk perceptions and use of tobacco-related products in adolescents and young adults with Cystic Fibrosis. Yolanda A. Yu, DO 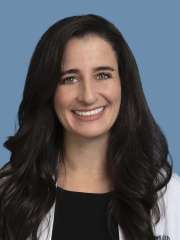 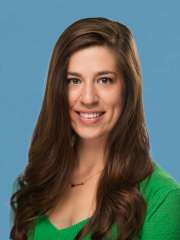 Danielle Mein is a Registered Dietitian specializing in pediatrics, at the David Geffen School of Medicine at UCLA. Danielle received her Bachelor of Science degree in Dietetics at the University of Maryland and completed her clinical Dietetic Internship at the University of Maryland Medical Center with a focus on pediatrics. She has worked in cardiac transplant PICUs, pediatric hospital floors, and volunteered her nutrition expertise for several years in Guatemala and Zambia. 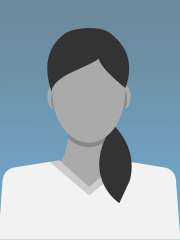 DeeAnna Serna, A.S., RCP, RRT-NPS, AE-C. DeeAnna is the lead respiratory care practitioner (RT-II) of the pediatric pulmonary clinics. She received her Associate degree in Respiratory Therapy from San Joaquin Valley College in 1997. She received training in neonatal and pediatric respiratory therapy from Cedars-Sinai in 1999. She is trained in trauma and air flight as well as a certified Neonatal Pediatric Specialist (NPS) and Asthma Educator (AE). One of her hobbies outside of work is that she is a competitive powerlifter who holds two California state records in the deadlift.

Vasha Tyler, BS, HCA, RCP, RRT Vasha is the core respiratory care practitioner (RT-II) in the Westwood and Santa Monica pediatric pulmonology clinics. She received her degree in Respiratory Therapy from Santa Monica College in 2008. In 2019, Vasha graduated from California State University, Long Beach with a Bachelor of Science in Health Care Administration.

Vasha has been a member of the respiratory therapy team at UCLA-Santa Monica Medical Center since 2008 caring for patients in the ICU, Pediatrics, E.R. and medical floors.

Vasha enjoys assisting physicians with bronchoscopies and treating the pediatric population. Her interests include airway clearance and aerosol education specifically, for patients with Asthma and Cystic Fibrosis. Vasha's goals include executing UCLA's vision and working to help those she cares for achieve the WHO's definition of health.

"Health is a state of complete physical, mental and social well-being and not merely the absence of disease or infirmity."

In her free time, she enjoys outdoor recreation and music.

Matthew Dartt, BSRT, RRT-ACS. Matthew is the Assistant Director of the Respiratory Therapy Department at UCLA Santa Monica Medical Center. He obtained his bachelor's degree in respiratory therapy at the University of Cincinnati. He has 11 years of clinical experience at UCLA working in the operating rooms, pediatric intensive care units (PICUs), intensive care units (ICUs), emergency department and in the pediatric pulmonary and cystic fibrosis (CF) clinic. He works closely with the Division of Pulmonary and Critical Care Medicine and Pediatric Pulmonology with interest in chronic disease management, telehealth, interventional pulmonary and quality improvement.

Christine Carbonell, B.S., RCP, RRT-NPS Christine graduated from East Los Angeles College in 2002 with a degree in Respiratory Therapy and in 2006 received her B.S. in Health Science from the California State University at Long Beach.Christine joined the UCLA Respiratory therapy team when she graduated in 2002 and became a NICU Respiratory Therapist in 2006.Christine enjoys working with NICU graduates in the outpatient setting and seeing them grow up.In her free time she enjoys spending time with her nephews and losing herself in good book.

Craig Plost RCP-RRT Craig is a graduate of the Los Angeles Valley College Respiratory Therapy Program. He has over 20 years of clinical experience, with all age ranges within the UCLA Health System. His clinical interests include Neonatal Intensive Care, Pediatric Intensive Care and Neonatal-Pediatric Critical Care Transport. He looks forward to meeting and working with your family in the outpatient clinic setting in Calabasas.

Everardo Rodriguez RCP, RRT Everardo received his respiratory therapy training at UCLA Westwood in 2000. He joined the Pediatric Pulmonary/Cystic Fibrosis team in 2013. He loves teaching kids and their parents about respiratory care. He looks forward to working with co-workers and families in Westwood and Santa Monica pediatric pulmonology outpatient clinics.

Eddie (Dong) Shin BS, RRT-ACCS. Eddie received his respiratory therapy training at UCLA Ronald Reagan Medical Center. His clinical interest is cardiothoracic conditions in pediatrics and adults. He has over 10 years of clinical experience and finds joy in caring for children and their families in our outpatient clinics. He looks forward to working with our growing pediatric pulmonology population in Westwood and Santa Monica.