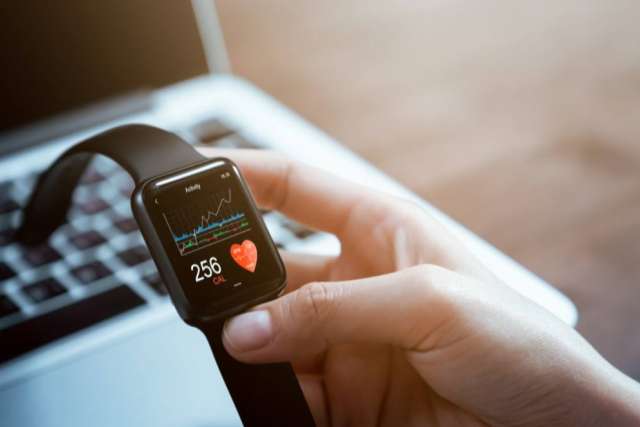 What can virtual reality headsets, smartphone apps and wearables tell us about depression?

UCLA Health researchers want to find out. And you can help.

As part of UCLA’s Depression Grand Challenge — an organization-wide effort to better understand and treat depressive disorders — scientists are tapping into technology and data to learn more about this mental health condition that affects more than 280 million people across the globe.

“We’re trying to take such a broad-based approach to understand depression, to treat depression and to help people learn how to prevent depression,” says Nelson Freimer, MD, a professor of psychiatry at the Semel Institute for Neuroscience and Human Behavior at UCLA and director of the Depression Grand Challenge. “It takes not a village, but a county, or more than a county, and we want to offer a way for people to get engaged.”

UCLA Health and the UCLA Center for Systematic, Measurable, Actionable, Resilient, and Technology-driven (SMART) Health have created a registry for people interested in participating in mental health research using smart technology. Thousands of volunteers are needed for a variety of studies using technology such as smartphones, apps, wearables, virtual reality and augmented reality. Volunteers with and without depression can participate in these studies and both groups are needed to help researchers better understand mental health.

“This isn’t for one specific study, but a strategic vision for a bunch of studies where there may be an intersection between technology, innovative data analytics and machine learning,” says Arash Naeim, MD, co-director of the Center for SMART Health. “It’s really exciting because there are a lot of opportunities in that space.”

A number of high-tech products will play a role in these studies. Beyond apps, smartphones, wearables such as smartwatches and fitness trackers, and virtual reality, researchers plan to incorporate other “smart” devices, such as voice-activated speakers, along with artificial intelligence and “emotional robots,” Dr. Naeim says.

“We think there’s enthusiasm for this development among not only our patients, but industry and the donor community, and it will probably provide the foundation for obtaining future grants and other resources through national entities,” he says. “We want to position UCLA to be leaders in this area, because we think it represents the future of research.”

One major digital mental health study underway at UCLA Health, part of UCLA’s Depression Grand Challenge, uses iPhone and Apple Watch — along with periodic self-assessments and clinical interviews — to gather data for a year from thousands of individuals who consented to participate in the study and chose to share their data.

“We are in the middle of recruiting thousands of participants who are going to help us understand how information that we’re collecting on iPhone and Apple Watch through this study can lead to novel insights to better understand depression, and ultimately improve treatment,” says Dr. Freimer.

The study is designed to collect objective measures of factors such as sleep, physical activity, heart rate and daily routines to illuminate their relationship with symptoms of depression and anxiety.

Dr. Freimer and his colleagues are not only excited to see what the insights reveal, but at the prospect of findings ultimately benefiting anyone with an iPhone. More than 83% of the world’s population owns a smartphone and that number is expected to climb.

“It’s not just a technology that’s available to people in Los Angeles County,” Dr. Freimer says. “It’s potentially a way of offering the entire global community the same standard of mental health assessment. That’s one of the reasons we were interested in collaborating with Apple, with such potential reach.”

Ensuring the privacy and security of study participants’ data is the highest priority for both UCLA and Apple, Dr. Freimer says. UCLA will store study data in a secure environment, with access limited to members of the UCLA study team. UCLA and Apple will analyze the data only after they are coded and stripped of names and other contact information.

Patients of UCLA Health and current UCLA students may be eligible to participate in the study being conducted by UCLA investigators, which is sponsored by Apple. Participants who choose to enroll can earn up to $1,070 for completing all study assessments, and those who complete a certain amount of assessments over the one-year period will be able to keep the Apple Watch and Beddit sleep tracker offered through the study.

Contrast that with cardiology, for example. If someone complains about chest pain, a physician can listen to the patient’s heart with a stethoscope and order an electrocardiogram (EKG) to get an objective sense of what’s happening.

Studies that make sense of how data collected by smartphones and wearables connect to depression and other mental illnesses can provide an objective picture of the physiological markers associated with mental health.

Smart technology represents “the very first tools that we’ve had of any kind” to offer such a picture in the area of mental health, Dr. Freimer says, “whereas the whole rest of health has had 200 years to develop these tools.”

“To me, that’s the most exciting aspect of this,” he says, “that we can, in one fell swoop, bring mental health into the 21st century.”