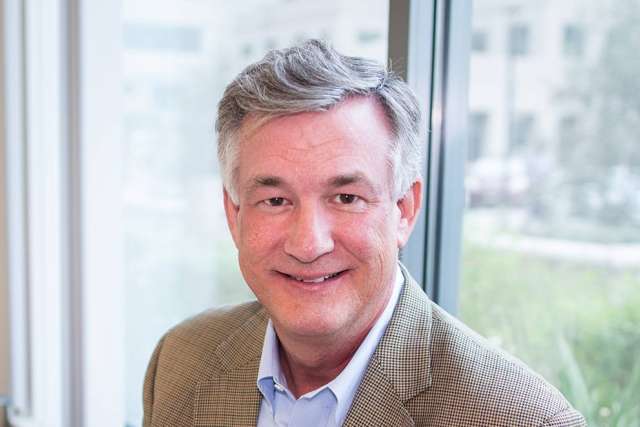 “My new primary care physician was shocked that I hadn’t had a colonoscopy yet,” says 62-year-old James Weatherall, who chose UCLA Health for his medical care after moving to Los Angeles.

“I went in for my colonoscopy expecting nothing, but came out of it with a tumor,” he says. “My whole world changed. It was a T2N0 (stage 2 tumor with zero evidence of spread to lymph nodes) but after a biopsy, they upgraded it to a T3, meaning it was larger than they originally thought. It was pure luck that the cancer had not spread to my lymph nodes.

“Dr. Anne Lin, my surgeon, was wonderful. She removed 14 lymph nodes to ensure there was zero trace of the cancer left,” he says. “She was able to do this very complex surgery laparoscopically with minimal scarring. It was amazing. After the surgery, Dr. Lin gave me the option of pursuing chemotherapy as an extra precaution step. I met with Dr. Joel Hecht who recommended chemotherapy pills. As he described it, it was chemo with a small c, not chemo with a big C.”

“In my book, I owe it to my primary care physician, Dr. Benjamin Waterman, for pressuring me to get my colonoscopy,” Weatherall says. “Had I continued to procrastinate, I don’t know how quickly my tumor would have grown. Every time I meet my contemporaries, I’m not shy about talking colonoscopies. I didn’t have any symptoms, so my colonoscopy was considered a screening test. From that standpoint, it was a successful screening. It saved my life. When your doctor tells you it’s time for a colonoscopy, just do it.”