The UCLA Olympic Analytical Laboratory is one of the world’s largest World Anti-Doping Agency (WADA)-accredited sports drug-testing facility and one of the leading research institutions in the field of athletic doping. Founded in 1982 by a grant from the Los Angeles Olympic Organizing Committee, the UCLA facility was the first U.S. laboratory accredited by the International Olympic Committee.

One of only two U.S. laboratories accredited by WADA, the UCLA facility operates on a $5 million annual budget. Under the direction of Brian Ahrens, more than 40 scientists analyze approximately 45,000 urine specimens per year for traces of banned substances intended to give athletes an unfair edge in competition.

In addition, the lab performs drug testing for a growing roster of national and international sports organizations, including the National Collegiate Athletic Association since 1986, National Football League since 1990, Minor League Baseball since 2004, and other major sporting events, such as the 1994 World Soccer Cup.

History of the Lab

The Laboratory was established in 1982 by a grant from the Los Angeles Olympic Organizing Committee to the University of California.  It was the first laboratory in the United States to be accredited by the International Olympic Committee (IOC) and has continuously provided testing services for a variety of clients both domestic and international since its inception.  The laboratory has carried out anti-doping testing for three Olympic Games (Los Angeles 1984, Atlanta 1996 and Salt Lake City 2002) as well as other major sporting events including the World Soccer Cup (1993). 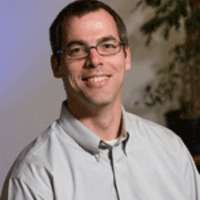