Dr. David Chia's major research interest is in the development of bio-markers for the early detection of cancers. Chia and his colleagues are involved in two National Cancer Institute (NCI)-sponsored studies designed to evaluate the efficacy of screening a population of normal individuals for a variety of tumor-associated markers in reducing mortality from prostate, lung, colon and ovarian cancers. The researchers measure the prostate-specific antigen, PSA, and another cancer antigen, Ca-125, levels in a large normal population as part of a national study, but are interested in several other tumor markers as well. Continued >>

Melanocytic tumors and the interactions of immunological, molecular and genetic factors that determine whether metastatic spread occurs
Dr. Alistair Cochran is primarily interested in the pathology of the skin with a focus on diseases and tumors of the melanocytes: nevi and melanomas. Secondary interests include the pathology of diseases of the breast and lung. His research interests include the elucidation of mechanisms of metastasis as a basis for the development of new and better approaches to the prevention and treatment of metastases in melanoma and breast cancer. Continued >> 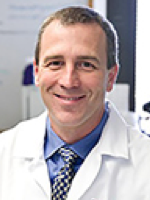 Epigenetics and growth signaling in pancreatic carcinogenesis
Pancreatic cancer is a highly aggressive and lethal cancer due to its typically advanced stage at initial diagnosis, poor response to chemotherapy and propensity to recur and metastasize. My research addresses the role of epigenetic modifications, including DNA methylation and histone modifications, in mediating pancreatic cancer progression. In addition, we are exploring the importance of specific growth signaling pathways in the evolution and maintenance of pancreatic cancer stem cells, as accumulating data support the concept that cancer stem cells may be critical determinants of chemoresistance, metastasis and disease recurrence in pancreatic cancer. Continued >> 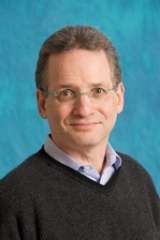 Inflammation and immunity in the pathogenesis of lung cancer
Dr. Dubinett conducts translational research in the immunobiology of lung cancer. Building on original discoveries regarding inflammation in human non-small cell lung cancer (NSCLC), he has developed a translational research program, which now utilizes these laboratory-based studies in the laboratory and clinical setting. His laboratory has identified inflammation-dependent genes and proteins mediating angiogenesis, apoptosis resistance, invasion and immune suppression in NSCLC. His studies focus on the microenvironment, inflammation and epithelial mesenchymal transition in the pathogenesis of lung cancer.

Hepatitis C viral mediated hepatocarcinogenesis
Hepatocellular carcinoma (HCC) is the third most common cause of cancer related death worldwide. One of most common causes of HCC includes infection with hepatitis C virus (HCV) in association with cirrhosis. We study the impact of HCV on hepatocyte cell signaling that augments viral infection and promotes hepatocarcinogenesis. We primarily utilize a proteomic approach to identify pathways targeted by HCV. More Info >>

Carcinogenesis, hypoxia
Research Interests: Dr. Hankinson's research focuses on several areas. In one line of investigation he studies the mechanism of carcinogenesis by polycyclic aromatic hydrocarbons (found in cigarette smoke and smog) and dioxin (a widespread pollutant), and related compounds. Carcinogenesis by these compounds depends upon their binding to the aryl hydrocarbon receptor (AHR) and the subsequent dimerization of AHR with the ARNT protein.

Cancer epigenetics
Chromatin is a highly condensed complex of nucleic acid and basic proteins whose fundamental subunit, the nucleosome, has the same type of design in all eukaryotes. The nucleosome contains ~200 bp of DNA wrapped around an octamer of histones consisting of two copies of each histone H2A, H2B, H3 and H4. All histones are modified by covalent linkage of extra chemical moieties to the free groups of certain amino acids.

Dr. Pasaniuc is primarily interested in statistical and computational methods for understanding genetic risk factors for common diseases with a particular focus in the study of admixed populations. 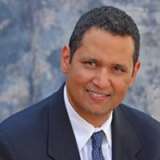 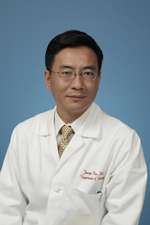 Cancer molecular signatures, biomarker and prevention
The research in my laboratory is focused on developing biomarkers that can be used for individual risk assessment, early detection, and therapeutic monitoring of cancer. To reach this goal, we have two specific research areas: The first area of research is to study the molecular basis of tumor morphogenesis, we focus our effort on investigating how cytoskeletal proteins, specifically the microfilament actin and the associated binding... More Info >> 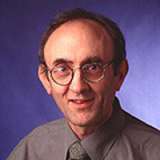 Pathologic basis of neoplastic disease
The laboratory has a number of ongoing projects related to: Use of tumor markers to characterize neoplastic proliferations. These include use of immunohistochemistry and in-situ hybridization to identify tumor antigens and gene products associated with neoplastic transformation and tumor progression. Mechanisms of lymphomagenesis including the role of dendritic cells in the pathogenesis of lymphomas... Continued >>

Signaling and epigenetics in immune system development and cancer
My laboratory studies two overlapping areas with emerging roles in cancer of the immune system. We initially compared gene expression profiles from B cell tumors that arose in immune deficient versus immune competent settings. This approach resulted in the isolation of a large number of differentially expressed genes. We have characterized these isolates and focused on members of the TCL1 gene family, which... Continued >>

Engineered antibodies for cancer targeting and imaging
Our research interests center around understanding and using molecular recognition (protein-protein, nucleic acid-nucleic acid, and protein-nucleic acid) to distinguish tumor cells from normal cells and to develop practical applications in oncology - diagnostic or therapeutic. Recent work has focused on genetic engineering of antibodies to provide optimal agents for delivery of radionuclides to tumor cells.