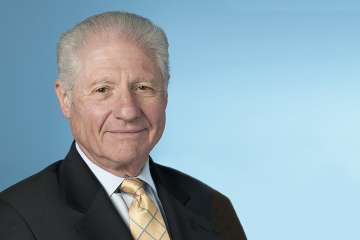 The research activities promote the identification of extracellular factors and intracellular signal transduction pathways that stimulate cells to divide. For example, Dr. Rozengurt discovered that neuropeptides (peptides of the bombesin family - found in the central and peripheral nervous system of amphibians) that act as molecular messengers in a rich network of information exchange throughout the organism are potent cellular growth factors for multiple cell types in culture and function as autocrine/paracrine mitogens (chemical cells that induce cell division) for human cancer cells.

He studies the transmission of the neuropeptide signal from surface receptors to the nucleus along a number of transduction pathways, typically protein kinase cascades, that act in a synergistic and combinatorial fashion to promote cell proliferation. His work revealed that regulatory peptides trigger a complex set of molecular responses and specific protein kinase cascades including kinase C and A, mitogen-activated protein kinases (MAPKs) and mTORC1/p70 S6 ribosomal protein kinase.

More recently, Dr. Rozengurt is applying his expertise in signal transduction to the identification of novel crosstalk mechanisms in signaling networks. Positive points of interaction in the network are being identified as novel targets for therapeutic intervention in cancer cells, with a focus on colon and pancreatic epithelial cells.

In conclusion, his work has dissected molecular mechanisms by which growth-promoting factors induce downstream pathways, including protein phosphorylation cascades, and is elucidating the role of these pathways in normal and abnormal cell proliferation.