Do you have an anxiety disorder? Anxiety is the most common psychological condition in the U.S., even more so than depression or substance abuse. It affects over 40 million adults, almost 20% of the population. Most people have experienced anxiety at some point in their lives. According to recent estimates, health care costs and indirect costs such as loss of productivity amount to $42 billion per year, or almost 1/3 of U.S. spending on health care. Anxiety causes personal distress and maladaptive social behavior. Typical anxiety disorders include panic, phobias (for example, about spiders or snakes), social anxiety disorder, OCD and PTSD.

UCLA offers world-class treatment for anxiety and related disorders. A team of psychiatrists, psychologists and social workers lead by Dr. Alexander Bystritsky, M.D. Ph.D. will help you understand what triggers your anxiety, the feelings and thoughts that sustain it and the coping behaviors you engage in to avoid it. We offer medication management. We also run clinical trials exploring novel interventions, for example a revolutionary new technology called repetitive transcranial magnetic stimulation (rTMS). Because we are an academic medical center, our on-going research enables us to stay on the cutting edge of developments in clinical practice.

The UCLA Anxiety Disorders Clinic uses the psychological intervention called "cognitive behavioral therapy" to treat anxiety disorders. It also offers medication management. For a free telephone evaluation of your anxiety disorder or to set up an appointment, please call (310) 206-5133. 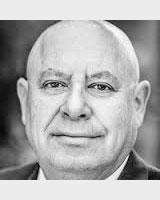 Professor Alexander Bystritsky, M.D., Ph.D. graduated from Pavlov Medical Institute (currently Pavlov Medical University) in St. Petersburg, Russia (former Soviet Union) with M.D. degree in 1977 and then his Ph.D. in Pharmacology in 1979. In 1976 his paper won the Gold Medal for the Best Student Scientific Paper and Maria Petrova National Award in Neuroscience.

After he arrived to New York, he worked for one year as an Associate Researcher in the NYU Department of Psychiatry prior his admission to the NYU-Belleview residency program in Psychiatry. He completed his residency in 1985 and moved to UCLA as a Robert Wood Johnson Clinical Scholar. Dr. Bystritsky has been on the UCLA Faculty since 1987. He is currently a Professor of Psychiatry and Biobehavioral Sciences in Jane and Terry Semel Institute for Neuroscience and Human Behavior, University of California, Los Angeles where he directs the Anxiety Disorders Program and Targeted Brain Stimulation Program. Dr. Bystritsky published over 240 peer-reviewed papers, book chapters and short publications and has served as the PI and Co-PI on several NIH, foundations and industry sponsored grants. Over the years, he earned several honors and awards including OCD Foundation Research Award and Brain and Behavior Distinguished Investigator Award. He is also listed in the Best Doctors in America for the last 20 years. For several years, he was a Visiting Professor and a collaborator with Brigham and Women's Hospital Harvard Medical School in Boston, Massachusetts investigating Focused Ultrasound Pulsation effects on brain using fMRI. He has authored several patents on image-guided neuromodulation of brain neurons using Low Intensity Focused Ultrasound Pulsation (LIFUP). His current area of interest is neuroimaging guided brain stimulation. He is the director of collaborative Targeted Brain Stimulation clinical and research program on image-guided DBS, rTMS, LIFUP and other neuromodulation techniques in Anxiety Disorders with the department of Neurosurgery at UCLA. He is Executive Director of Tiny Blue Dot Foundation. He is the Founder and CEO Brainsonix Corporation, a start-up company producing LIFUP/MR compatible devices for research.