‘In the past, there was this thought of ‘‘once a cesarean, always a cesarean,’’ says UCLA Health obstetrician Dr. Aparna Sridhar. 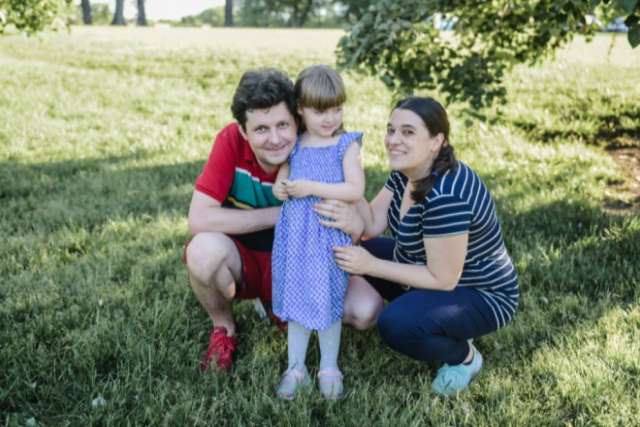 Photo: Paul Bogdan and Cristina Albu with their daughter Ada, shortly before Daria was born. (Photo by Cristina Popovici, courtesy of Cristina Albu)

Cristina Albu delivered her first daughter four years ago via cesarean section after she developed an infection during labor and her unborn baby showed signs of possible distress.

After becoming pregnant again in 2022, she scheduled a C-section for her October due date. But she and her UCLA Health obstetrician, Aparna Sridhar, MD, also had a backup plan.

If Albu went into labor naturally, she wanted to try for a vaginal delivery. 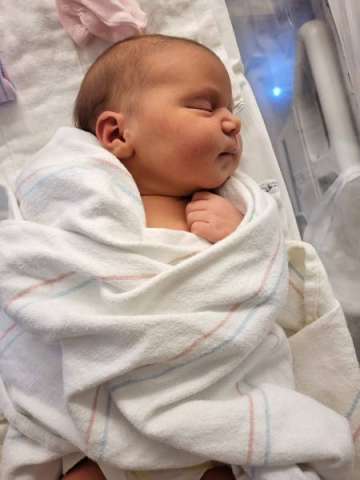 Daria Bogdan was born through natural labor the day before a scheduled C-section. (Photo courtesy of Cristina Albu)

The day before her surgical appointment, Albu had a successful vaginal birth after cesarean, or VBAC, at Ronald Reagan UCLA Medical Center.

“I’m very thankful I had this chance to experience a very different birth,” she said. “It was healing and empowering.”

Dr. Sridhar, associate clinical professor of obstetrics and gynecology at the David Geffen School of Medicine at UCLA, said for women who are good candidates for attempting a so-called trial of labor after cesarean delivery, the process is safe and often successful.

“We were very happy when she came into labor,” Dr. Sridhar said of Albu. “I delivered her baby and it was a beautiful experience.”

In the U.S., the C-section rate is about 32%, which is higher than national health goals and is driven in part by repeat procedures. While cesareans – the delivery of the baby through incisions made in the abdomen and uterus – are necessary in certain circumstances and can be life-saving for the mother and baby, they can bring complications and longer recoveries.

That guidance was based on concern that a vaginal delivery would lead to complications such as uterine rupture. In recent years, studies have shown that vaginal deliveries after previous cesareans were safe and offered favorable outcomes for women’s health, Dr. Sridhar said.

The Centers for Disease Control and Prevention reports that VBAC rates are increasing among women in their 20s and 30s. In California, in 2020 the rate of vaginal births after a previous cesarean was 12.2%.

For those who attempt a trial of labor, most studies have shown the success rate ranges from 60% to 80%. Last year, among UCLA Health patients who attempted a trial of labor, 77% delivered vaginally, according to data from the California Maternal Quality Care Collaborative.

If women want to consider a trial of labor at UCLA, their doctors will discuss the risks and benefits of each option and help assess if they have a good chance of success, Dr. Sridhar said.

The American College of Obstetricians and Gynecologists says the decision should prioritize the “patient’s values and preferences.”

“It’s all about what you want,” Dr. Sridhar said. “If they don’t want to attempt a trial of labor after understanding the risks and benefits, there ends the matter.”

For women who want to have more children, a VBAC can help them avoid the potential cumulative risks of cesareans such as bowel or bladder injury, hysterectomy and problems with the placenta in future pregnancies.

“Trying to break the cycle of multiple cesarean sections is really beneficial to those who are interested in multiple children,” Dr. Sridhar said. “Once you have one successful vaginal birth after C-section, your ability to have subsequent vaginal births is pretty high.”

Recovery time is also shorter and less restrictive, which can make life easier with a newborn and older children at home.

“Being able to get back to being that active member of the family is important and this may help with that,” she said

The success rate depends a lot on individual circumstances from the past delivery as well as variables in the latest pregnancy. Dr. Sridhar said doctors look at factors including the reason for the past cesarean, whether the patient has ever delivered vaginally before and the expected size of the baby.

“Why the first C-section was done does make a difference,” she said, noting that having a baby too large to pass through the pelvis can occur again but a baby in breech position is less likely to repeat.

Surgical records from the prior C-section are reviewed to determine the type of incision made, Dr. Sridhar said, noting that only looking at an abdominal scar doesn’t indicate the type of cut to the uterus.

That’s done to help prevent uterine rupture, a rare but serious complication that occurs when contractions cause the scar tissue on the uterus to break open. The risk is about 1%.

The most common type of incision, called low traverse, carries the lowest risk of rupture. A horizontal cut is made across the lower, thinner part of the uterus, where muscle tissue doesn’t contract as strongly during labor.

When performing C-sections, Dr. Sridhar and her colleagues perform a double-layer closure to also minimize the future risk of rupture.

Not all hospitals have the staffing or resources necessary to offer VBACs. UCLA Health offers continuous monitoring of the baby and around-the-clock anesthesia services, which are necessary when attempting a VBAC. UCLA’s hospitals also have high-level neonatal intensive care units.

“If we know that a uterine rupture is happening or it’s not successful for any other reason, there’s the ability to perform a cesarean section immediately,” she said. 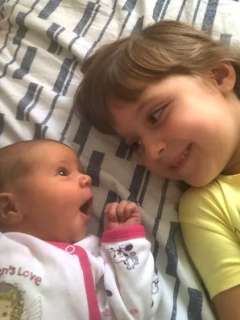 Albu, 42, an art history professor, said she never prepared for the possibility of having a cesarean with her first pregnancy. She attended Bradley method classes with her husband and focused on learning as much as possible about vaginal births.

She went into labor after her due date and she progressed slowly. She started antibiotics after developing a fever. Eventually, the baby’s heart rate patterns were concerning for fetal distress and Albu needed a cesarean.

She remembers shaking uncontrollably during the procedure, which can be caused by hormonal factors and use of an epidural. After Ada was born, Albu’s husband held up the baby to show her.

“Everything went black,” Albu said. “I was no longer aware of anything.”

She held her daughter for the first time in the recovery room after waking up.

“I wish I had been fully there with my firstborn,” Albu said. “Physically, psychologically it was a very challenging birth.”

With her next pregnancy, Albu said she was prepared to undergo another C-section while hoping for a spontaneous labor. She did not want to be induced in order to attempt a vaginal delivery, a factor that can lower the success rate. Dr. Sridhar said inductions may slightly increase the risk of uterine rupture, but are still a viable option.

In October, Albu began having contractions and checked in at Ronald Reagan UCLA Medical Center. Similar to last time, she dilated slowly. Dr. Sridhar came by to see her.

“She encouraged me and said, ‘This might take a while, it’s just how things happen sometimes. So, if you really want to try with a vaginal birth let’s wait a bit longer,’” Albu said. “I really wanted to try for it.”

At one point, the area where she felt contractions shifted and she asked for another dilation check. She was fully dilated and ready to push. Nurses gave her a mirror to see the baby’s head crowning and she was able to touch it.

“That was the easy part for me,” Albu said. “It was a joyful birth. It just felt magical.”

This time, she was more in tune with changes in her body and the transition of her infant into the world. She also got to hold baby Daria immediately and spoke to her in her native Romanian.

“I’m all for C-sections whenever they are needed,” Albu said. “In terms of the actual experience, it’s just incomparable. I was there with her and we were not separated.”

Dr. Sridhar said Albu’s delivery exemplifies the benefits of offering a trial of labor to patients who want that experience.

“This is exactly what we’re talking about,” Dr. Sridhar said. “If it works out, it’s really great.”

Learn more about UCLA Health’s department of Obstetrics and Gynecology.