At the UCLA Health Spine Center, our experts diagnose, manage and treat all spinal injuries and conditions. Call 310-319-3475 to connect with a spine specialist.

UCLA Health Spine Care is committed to maintaining excellence in patient care. We take great pride in being able to share some of our patients' stories with you.

by Denise Dador, Los Angeles (KABC) -- People with severe spinal cord injuries rarely survive a month or two after an accident. Actor Christopher Reeve managed to live 15 years after his injury. One local teenager is also beating the odds. When it comes to severe spinal cord injuries, all doctors can do is stabilize the spine and hope for the best. Less than two years ago, it looked pretty bad for 18-year-old Cody Williams. The Santa Monica High School junior tackled a quarterback as he tried to enter the end zone on Sept. 11, 2009.

Already battling multiple sclerosis for 25 years, Jonathan Horne saw things go from bad to worse when he began experiencing pain that shot through his shoulders and neck. The pain was so bad that Jonathan could barely get out of bed and needed help to do even the most simple tasks. No combination of drugs or physical therapy helped, and to try to ease his pain Jonathan started dropping his head low, resting his chin on his chest.That action carried its own risk. "He was in danger of losing the ability to control his wheelchair and feed himself," says neurosurgeon Langston Holly, M.D., of the UCLA Spine Center.

James Matthews thought the increasing levels of pain in his neck and the numbness that ran down his right arm were just a routine part of getting older. “All through these 10 years, I accepted it, thinking it was normal,” says the 54-year-old administrative manager. But the symptoms James was experiencing were anything but normal.  Deterioration in the discs of his neck caused the bones to press against and choke his spinal cord, triggering the pain and numbness, explains Nick Shamie, M.D., an orthopaedic surgeon with the UCLA Spine Center. “Because this had happened gradually, he had gotten used to it and he had accepted this as part of aging when, in fact, his rest of the body was not aging as rapidly as his neck was,” Dr. Shamie says. 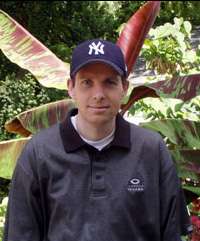 I was diagnosed with a rare spinal cord condition at the age of 31.  I live in Columbus, Ohio, but was encouraged to find the best medical center for treatment.  I began traveling around the country from hospital to hospital (including the Mayo Clinic, Mass General, the Cleveland Clinic, Cedars Sinai...) to see doctor after doctor in hopes of finding a treatment for my condition.  While I was able to go to many of the most prestigious hospitals in the country, I found that the doctors I saw all had different opinions about my treatment plan.  The treatment recommendations varied widely, but the appointments were similar in that they involved a rushed doctor entering the room to review my charts and films and then making a recommendation.  I didn’t know where to turn, but finally tried surgeries that did not stop the progression of my symptoms.

As the symptoms from my neurological condition continued to progress, I began reading medical research articles in journals published for professional physicians.  Although I do not have a medical background, my father and I were able to piece together bits and pieces of the research that was included in the articles.  My research led me to a publication by Dr. Ulrich Batzdorf at UCLA.  This article was written in clear and understandable terms and described a treatment that I had never heard about. 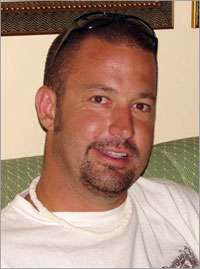 August 28 is a day that my life changed forever. It's a day that I have no recollection of. I only know what occurred by what others have told me and by the pictures and news footage that I have seen. I still don't fully comprehend how close I really was to losing my life that day. I am a Los Angeles county sheriff motorcycle deputy. I was assigned to the city of Malibu. I worked in one of the most beautiful places you could ask for. I actually got paid to ride a motorcycle through the canyons and up and down Pacific Coast Highway. I couldn't have asked for a better assignment. I had paid my dues. I worked 5 years in South Central Los Angeles working at stations from Compton to Lynwood. I was now assigned closer to home working daytime hours to spend more time with my family.

On August 28, a man robbed a Wells Fargo bank at gunpoint. He fled in his car and was seen by one of my partners. The suspect fled and a pursuit began. The suspect was driving recklessly at high speeds and on the wrong side of the road. I was down the road and he was heading towards me. The suspect came up from behind me going approximately 80 mph as I was going about 55 mph. It was later confirmed by the suspects own statements that he intentionally rammed me with his car in an attempt to make me crash. He knew that if I crashed, the other deputies would stop and help me and he could get away. That is exactly what happened, although he was later apprehended and will now spend the rest of his life in prison.