Our cure rate for patients with primary hyperparathyroidism who undergo parathyroidectomy is 98 - 99%. We track calcium levels following surgery so that we can detect any patient with a potential recurrence. 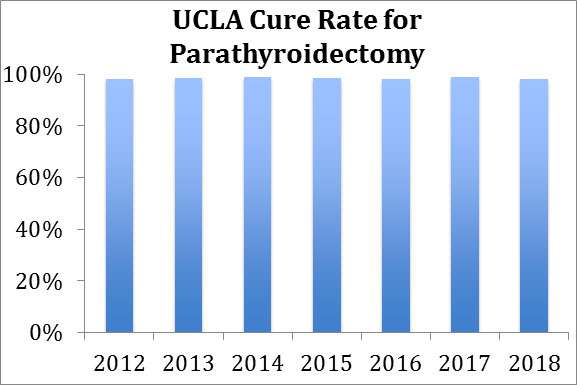 There is general agreement that parathyroid surgery is technically demanding and that the average surgeon will encounter relatively few cases of this disease annually.  Success rates of parathyroid surgery are of great interest to parathyroid surgeons and to patients as well, of course.  By convention, a successful parathyroid operation is defined as one that achieves a normal calcium level for at least six months after surgery. 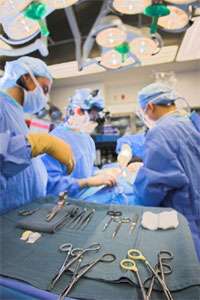 The figure illustrates long-term success rates of parathyroid surgery based on hospital experience.  These results come from more than one thousand parathyroid operations performed over 15 years within a population of 3.5 million people in California.  The figure shows that, not surprisingly, high-volume centers have the highest success rates, about 95% at the one year mark and 90% beyond one year.

Now, you might be surprised to learn what counted as a high-volume hospital in this study.  The typical high-volume hospital in this study performed an average of 15 parathyroid operations per year.  What does this mean?  Well, two things.  First, most parathyroid operations are straightforward and can be completed with an excellent success rate by surgeons who perform parathyroid surgery more than once per month.  Second, the role of the expert parathyroid surgeon is to raise the success rate from 90-95% long-term to 97-99% long-term.  (Claims of success rates greater than 99% have not been confirmed by independent, third party audit.)

Patients with primary hyperparathyroidism and negative sestamibi scans may represent more difficult cases and should likely be treated by expert parathyroid surgeons.

By this definition, there are quite a few surgeons in the country who can deliver top notch success rates in the 97-99% range, and they can be found here. You might be wondering if there is any additional advantage to performing 100 operations per year.  The answer is possibly a little, but not much, according to the available literature.  There is nothing to suggest any added benefit from performing greater than 100 parathyroid operations per year.  In other words, there is a point of diminishing returns, which is really not surprising since this pattern of diminishing returns is seen in many areas, from landing airplanes to pitching fastballs to playing Mozart.  At some point that’s as good as it gets.  For more information, see Finding an expert parathyroid surgeon.

Learn more about world-class quality and safety measures at UCLA hospital. This link has a very useful short video that brings you into the surgery environment to orient you to the detailed process we utilize for 100% of patients to ensure your safety.  Furthermore, you can see our quality performance reports for patient satisfaction, patient safety, and patient survival compared to other hospitals.  This information is provided by independent third parties such as the Centers for Medicare and Medicaid Services (CMS) and the Agency for Healthcare Research and Quality (AHRQ).

The UCLA Endocrine Surgery Distance Program was created to meet the demands of our increasing patient population living outside of the Los Angeles metropolitan area (more than 2 hours drive away). Though we encourage patients to seek care locally whenever possible, many patients do not have access to parathyroid specialists in their area.

Through the distance program, we perform an in-depth review of our patient’s medical records, and sometimes ask for patients to complete additional testing locally. We then arrange for a telemedicine visit to discuss potential treatment options, including surgery. If surgery is required, we will arrange for patients to have an in-person preoperative visit, parathyroid imaging if required, and parathyroid surgery at UCLA over the course of a few days. Learn More about Distance Surgery Program.

Telemedicine visits via smartphone, tablet, or PC are also available for all of our patients who have already established an in-person relationship. Learn More about Telemedicine.

All incisions are closed using the same meticulous technique, identical to that used by plastic surgeons. Whenever possible, incisions are placed along natural skin lines.

Scar appearance improves with time, and the final result is generally evident 6 months after surgery. 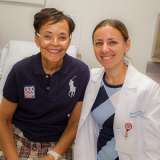 All these years I just thought I had high blood pressure. I never knew what was going on,” says Gloria Beauregard. Dr. Masha Livhits, an endocrine surgeon at Ronald Regan UCLA Medical Center, explains, “Mrs. Beauregard had what’s called an aldosteronoma, which is usually a benign tumor in her adrenal gland. 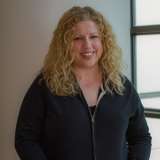 Thyroid cancer radiation treatment comes in the form of a pill. You go into the radiation unit at the hospital, and someone who looks like they’re in a hazmat suit comes into the room, takes these tongs and hands you a pill,” says 33-­year-­old Lauren Shapiro, who discovered she had thyroid cancer when she was 26. “That was the most interesting part of the process.Read more about Lauren’s story. 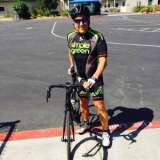 Keith chose Ronald Reagan UCLA Medical Center because, “what I have is rare. I need treatments that may not exist at other places and I've been getting great care at UCLA.”Read more about Keith’s story.

I’m writing to commend UCLA Health, the UCLA Endocrine Center & the Ronald Reagan UCLA Medical Center for my recent successful minimally invasive parathyroidectomy. Dr. Masha Livhits and Dr. Lauren Orr reviewed the pre-op material submitted by my General Practitioner in Alaska, personally examined, and successfully operated on me less than a week ago. And, I’m now back in North Pole, Alaska, enjoying an early Spring.