The Center’s mission is “to unite research and clinical care for the benefit of patients,” says co-director Brent Fogel. 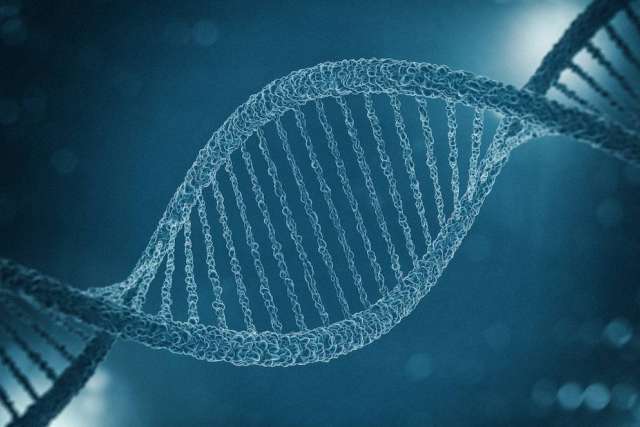 Neurological disorders such as Alzheimer’s disease, multiple sclerosis (MS) and epilepsy can be difficult to diagnose and treat, because the same disease may cause different symptoms in individual patients.

To study the role of genes in these diseases, the Department of Neurology at the David Geffen School of Medicine established the UCLA Clinical Neurogenomics Research Center (CNRC). The program is one of the first in the world to examine brain diseases using genomics.

While genetics involves studying changes in one or several genes associated with a particular disease, “genomics” looks at all of a person’s genes at once – all 20,000 of them. When genomics techniques are applied to neurologic diseases, it’s called “neurogenomics.”

Lack of access to patient samples is a “monumental barrier” when conducting neurogenomics research, said Brent Fogel, associate professor of neurology & human genetics and co-director of the CNRC.

“The idea behind the CNRC is to give every patient the opportunity to participate in research,” he said, “and make our patient population accessible to research in our department, at our institution and beyond.”

As researchers use the samples to uncover new connections between genes, lifestyle, and disease, those findings lead to better diagnoses, treatments and recommendations.

The CNRC operates in partnership with the UCLA Institute for Precision Health, which was launched in 2016.

“Precision health” is an approach to wellness and medicine that considers individual differences in a person’s genes, history, behaviors and environment, both when treating disease and in matters of prevention and healthy lifestyle.

The Institute for Precision Health’s ATLAS Community Health Initiative aims to create California’s largest genomics resource for developing new medical treatments. The goal of the ATLAS program is to collect samples from 150,000 patients of diverse ethnic backgrounds that can be genetically analyzed in the context of clinical, environmental, and lifestyle information. All the samples are de-identified to protect patients’ privacy.

“We want to create an atlas of genetic diversity,” said Clara Lajonchere, PhD, deputy director of the Institute for Precision Health and co-director of the CNRC. “We are working across UCLA Health and across our community hospitals to recruit diverse patients.”

By studying patients of different ethnicities, genders and backgrounds, researchers can develop a more complete picture of the genetic and environmental factors that contribute to a disease. By the same token, starting with a more diverse biobank of samples will mean any resulting discoveries will be applicable to a broader population.

UCLA is the first neurology clinic in the country to use a genetic technology called “whole exome sequencing” to help diagnose patients with complex or unusual conditions.

In 2011, UCLA Health established the Clinical Exome Sequencing Center to look for disease-causing mutations in patients with rare genetic disorders.

The “exome” refers to just that part of the genome that encodes proteins. The human genome contains more than three and a half billion nucleotides, or “letters” of DNA, but the exome makes up only about 2% of the genome. The rest is considered “non-coding regions,” which turn genes on and off or help pack the enormous DNA molecule neatly into the cell’s nucleus.

By sequencing just the exome, geneticists can reduce the amount of data they need to analyze and focus specifically on changes that occur within genes, which are most likely to cause disease.

As a diagnostic test, whole exome sequencing can identify a disease-causing gene in about a quarter of patients with neurologic disorders that can’t be diagnosed by other methods. But whole exome sequencing also helps uncover new genetic sources of disease in patients by finding previously unidentified genetic variants that cause or contribute to disease symptoms.

“We analyze that data to pull out variants that could potentially be associated with disease,” explained Dr. Fogel. Experts in neurogenetics interpret the exome data with the help of sophisticated computer systems. The basic method involves looking for genetic changes that are very rare in the population and therefore more likely to be linked to the disease.

Whole exome sequencing casts a much wider net than conventional genetic testing, which evaluates a panel of genes that the clinician suspects could be involved in the patient’s condition.

“Panel testing can be really effective, if the disease is only caused by, say, 10 genes,” said Dr. Fogel. “But sometimes you're talking about something a little more complicated, something that is associated with hundreds of genes, or that has overlap with other conditions that may not even have been considered.”

In those cases, he said, mutations uncovered by panel testing may be red herrings, just coincidental and not a cause of the patient’s condition.

“If you’re looking at every single gene simultaneously, whatever is interesting is going to rise to the top,” Dr. Fogel said. “One of the nice things about whole exome sequencing is that you can avoid those biases. It’s really helpful for conditions that are clinically complex.”

Some of the conditions that the CNRC is studying include:

For more information, visit the website for the UCLA Clinical Neurogenomics Research Center or the Institute for Precision Health.

To learn more about how to become a CNRC research participant, visit this website.