The History of Urology at UCLA

In 1951, Willard E. Goodwin, M.D. was recruited to UCLA by Surgery Chair William P. Longmire, Jr., M.D. to establish a Division Of Urology within the UCLA medical school's then-new Department of Surgery.

At the time, the clinical facilities and teaching functions were located only at the Wadsworth VA Hospital. Dr. Goodwin established the basic philosophy of the Division of Urology that drives us to this day: dedication to clinical teaching and patient care with an emphasis on creative thinking and innovation. At UCLA, Dr. Goodwin established what would become a model for academic mission while gaining acclaim for his own individual achievements. His first residents did pioneering work in such areas as renal physiology, transplantation, pediatric urology, and urinary tract imaging.

Dr. Goodwin's accomplishments included one of the first successful methods of radionuclear imaging of the kidney, the first use of steroids in transplantation, the first percutaneous nephrostomy, and innovative methods of using bowel to reconstruct the urinary tract in adults and children performed by Dr. Goodwin and another urologist, William Casey, M.D. Together, they demonstrated the safety of percutaneous drainage and developed the study of the upper urinary tract. Their work still stands among the major urologic and radiologic advances of the 20th century and is used in one form or another to this day.

For more information regarding Dr. Goodwin and his contributions to the field of urology, please read "Willard E. Goodwin: Educator, Innovator and Pioneer (PDF)," as published in the July 2004 issue of the Journal of Urology, as well as Dr. Goodwin's letter "A Brief History of Urology at UCLA (PDF)". 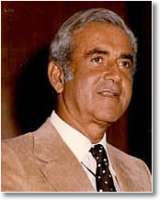 In 1970, Dr. Goodwin was succeeded by Joseph J. Kaufman, M.D., who had been his first resident. Dr. Kaufman expanded the division to keep pace with the rapid growth of the UCLA Medical Center. The residency program grew to 18 residents, and a year of laboratory research was added, making UCLA one of the first programs to incorporate research into the training program.

Dr. Kaufman brought in faculty with interests in the subspecialties of urology, recognizing very early on that this would be the structure of urology in the future. He expanded the program to include Sepulveda VA Medical Center and was instrumental in the establishment of the Clark Urological Center.

For more information regarding Dr. Kaufman and his contributions to the field of urology, please read the In Memoriam Tribute to Professor Kaufman (PDF) as prepared by Dr. Leonard Marks at the invitation of the UCLA Faculty Senate Archives. 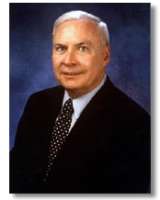 Dr. Kaufman was succeeded in 1984 by Jean B. deKernion, M.D. As a result of the efforts of Dr. deKernion, Urology became its own Department in June 1996. By the end of Dr. deKernion’s tenure in 2011, the UCLA Department of Urology grew to include 32 faculty members, four specialized divisions, five nationally recognized fellowship programs and a robust, sought-after residency program. Research funding for the Department greatly increased under Dr. deKernion.

Such funding now exceeds $30 million, and includes clinical, basic science and health services research in many areas. Dr. deKernion was the founding Principal Investigator of the Specialized Program of Research Excellence (SPORE) in Prostate Cancer at UCLA, funded by a National Cancer Institute grant, thereby designating UCLA as a center of excellence. 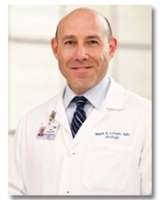 Dr. deKernion’s personal achievements include serving as the Senior Associate Dean for Clinical Operations at UCLA, being appointed by President George W. Bush as a member of the National Cancer Advisory Board, serving as an editor for highly regarded medical journals and receiving numerous awards from many professional organizations.

After 25 years of service to the Department, Dr. deKernion was succeeded in 2011 by Mark S. Litwin, M.D., MPH.

For more information regarding Dr. deKernion and his contributions to the field of urology, please read “Legends in Urology (PDF),” as published in the April 2011 issue of the Canadian Journal of Urology.

For over 50 years, the urology specialists at UCLA have continued to break new ground and set the standards of care for patients suffering from urological conditions. The UCLA Kidney Transplant Program was among the pioneers in transplantation, performing some of the earliest kidney transplants in the United States back in the 1960s.The UCLA Kidney/Pancreas Transplant Program was formally established in 1993.

Every year, UCLA's program performs renal transplants in hundreds of adult and pediatric patients, making it the largest program in Southern California. The UCLA Pediatric Kidney Transplant Program has one of the highest kidney transplantation success rates in the world.

Since it was established in the 1950s as a part of the UCLA Department of Surgery, the Division of Urology has been at the forefront of investigating and treating cancers of the prostate, kidney and bladder. Our faculty have been innovators in surgical and medical treatment of localized and metastatic urologic cancers, and work closely with research scientists on developing new treatments and cures.

The UCLA Kidney Cancer Program is the largest of its kind in the world and was first established in 1981 by Jean deKernion, M.D., Professor of Urology and Chairman, Department of Urology, and Robert Figlin, M.D., Professor of Medicine and Urology. In 1988, Arie Belldegrun, M.D., was recruited from the National Cancer Institute/National Institutes of Health to co-direct the program. Since then, the program has attracted additional funding and staff that has expanded its focus on clinical and basic science research as well as treatment.

As is the case with the Kidney Cancer Program, bladder cancer research was begun at UCLA in large part by Jean deKernion, M.D., whose early career in the 1970s and 1980s was devoted to bladder cancer research in the clinic as well as the laboratory. The UCLA faculty also has had a long-standing interest in the surgical management of bladder cancer. A major interest has been in urinary diversion and bladder reconstruction. The UCLA Institute of Urologic Oncology continues to be a major center for treatment of invasive bladder cancer. The UCLA Department of Urology traditionally has had a large and strong clinical program in prostate cancer treatment. Recognized as an excellent center for surgery for prostate cancer, the Department has been an active participant for years in the original National Prostate Cancer Project (NPCP).

The UCLA Prostate Cancer Research Program was initiated in 1994 by Drs. Jean deKernion, Owen Witte and Arie Belldegrun. In 1996, the Program was made an official Program Area of the Jonsson Comprehensive Cancer Center (JCCC) with Charles Sawyers, M.D. as chair and Robert Reiter, M.D. as co-chair. Over the years, the program attracted additional funding, stellar faculty and research staff that enabled the program to expand its focus. This included the development of the UCLA Prostate Cancer Index by Mark Litwin, M.D., M.P.H., which has become the gold standard worldwide in measuring outcomes and quality of life in prostate cancer survivors.

Faculty members within the Department have made key discoveries that are rapidly advancing research into the progression of prostate cancer. Today, the UCLA Prostate Cancer Program is a nationally acknowledged center of excellence designated by the National Cancer Institute, which named the program a Specialized Program of Research Excellence (SPORE) in 2002. Recognizing UCLA as a leader in prostate cancer treatment, the state of California awarded UCLA $50 Million in 2001 to administer IMPACT, a statewide prostate cancer treatment program targeting uninsured men.

In 2008, the UCLA Institute of Urologic Oncology (IUO) was established to bring together a multidisciplinary team of scientists and physicians to develop leading-edge therapies for the treatment of prostate, kidney, bladder and testicular cancers.

Under the initial leadership and direction of Shlomo Raz, M.D., the Division of Female Urology, Reconstructive Surgery and Urodynamics was established in 1975 and continues to be a recognized leader in developing new treatments for female urology conditions. Dr. Raz pioneered many of the innovations that today are the standards of care worldwide for such conditions as vaginal and uterine prolapse, urinary incontinence, pelvic floor disorders, voiding dysfunction, and surgical reconstruction after cancer for urethral abnormalities.

With his numerous surgical innovations, as well as his involvement in the development of new pharmacological and surgical treatments of urologic conditions, Dr. Raz has helped define the field of female urology and reconstruction for the past two decades. The Center for Women’s Pelvic Health, established in 2018 under the co-directorship of Drs. Victor Nitti and Christopher Tarnay, is a multidisciplinary center with urologists and urogynecologists who specialize in Female Pelvic Medicine and Reconstructive Surgery.

The Pediatric Urology Program at UCLA was established in 1995 under the leadership of Bernard Churchill, M.D., Section Chief for Pediatric Urology, and serves as an integrated referral center providing expert diagnosis, testing, medical consultation, and treatment for the full range of pediatric urological conditions.  Steven Lerman, M.D, Judith and Robert Winston Chair in Pediatric Urology and director of Clark Morrison Children's Urological Center at UCLA, is the current Chief of the Division of Pediatric Urology.

In 1999, a grant from the Wallis Foundation of Santa Barbara funded the development of the Spina Bifida Center to help children with this condition become healthy, independent adults.

The Division of Endourology and Minimally Invasive Surgery was established within the Department of Urology in order to promote new techniques and treatments that promise quick recovery for urology patients. The Division has been collaborating with other specialists within the David Geffen School of Medicine at UCLA to continue evolving laparoscopic techniques for treating many urologic conditions.

The Department established a specialized Stone Treatment Center for the treatment of kidney stones, and the Center’s success rates are well above the national average. In addition, The Department collaborated with the Department of Surgery to open the Center for Advanced Surgical and Interventional Technology (CASIT) in 2002. The new Center promotes clinical, educational and research use of surgical robots and digital imaging in surgery and medicine.