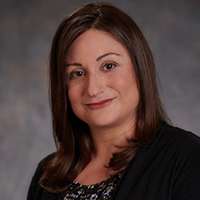 The gut-brain axis in Parkinson's disease

Exciting new findings have identified a role for the gastrointestinal tract in the pathophysiology of Parkinson's disease (PD). My laboratory studies the gut-brain axis in PD using clinical samples, animal models and isolated cells from PD models. Our goal is to identify gastrointestinal biomarkers and therapeutic targets that may eventually allow early diagnosis of PD and prevention of motor symptoms.

Drs. Ming Guo (Neurology) and Elizabeth Videlock (Digestive Diseases) are conducting a research study that aims to investigate the role of the gut in Parkinson’s Disease (PD), specifically the role of two genes called PINK1 and PRKN in the lining of the intestine. The purpose of this study is to collect blood samples and pieces of tissue (biopsies) from the colon in order to identify differences in the gut between Parkinson’s Disease and controls. Learn more about the study and how to particiate

Dr. Elizabeth (Beth) Videlock grew up in Philadelphia and earned a BS in chemistry from Yale University. She studied medicine at the David Geffen School of Medicine at UCLA. Dr. Videlock began her research career in the field of the gut-brain axis during medical school under the mentorship of Dr. Lin Chang in the UCLA G. Oppenheimer Center for Neurobiology of Stress and Resilience.

She then trained in internal medicine at the Beth Israel Deaconess Medical Center in Boston. Dr. Videlock returned to UCLA for her gastroenterology fellowship as a Specialty Training and Advanced Research (STAR) fellow. Through the STAR program, Dr. Videlock completed a PhD in the laboratory of Charalabos "Harry" Pothoulakis with co-mentorship from Dr. Chang. Her doctoral research used translational and cell culture approaches to study peripheral molecular changes in IBS.

Dr. Videlock joined the UCLA Vatche and Tamar Manoukian Division of Digestive Diseases faculty in 2019. Her laboratory is within the UCLA Center for Inflammatory Bowel Diseases.