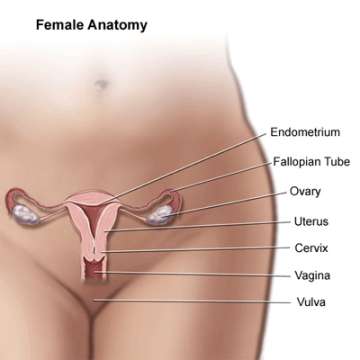 What is recurrent pregnancy loss?

Most pregnancy losses result from chromosomal, or genetic, abnormalities, and are random events. The abnormality may come from the egg, the sperm, or the early embryo. Approximately 12-15% of all clinically recognized pregnancies end in miscarriage. However, it is estimated that at least 30-60% of all conceptions will end within the first 12 weeks of gestation. Up to 50% of the time, the woman doesn’t even realize that she was ever pregnant. The risk of miscarriage increases with the number of previous pregnancy losses, but is typically less than 50%.

Advancing maternal age is associated with an increased risk of miscarriage, which is thought to be due to poor egg quality leading to chromosomal (genetic) abnormalities. Sometimes, the mother or father themselves may have a slight irregularity in their genes, but the offspring could be more severely affected and thus result in miscarriage.

Sometimes, there could be an abnormality in the uterus (the womb) that leads to miscarriage. The miscarriage may be due to poor blood supply to the pregnancy or inflammation. Some women may be born with an irregularly shaped uterus, and some women may develop abnormalities with their uterus over time.

Generally speaking, environmental factors, stress, and occupational factors do not seem to be related to pregnancy loss.

What tests are done for couples with recurrent pregnancy loss?

First, a physician will take a detailed medical, surgical, family, and genetic history and perform a physical examination. Testing that may be done includes karyotype analysis of both partners. The karyotype is the chromosomal, or genetic, make-up of a person. The purpose is to find abnormalities in the parents that could be passed on to the offspring, resulting in miscarriage. Because karyotype abnormalities are relatively rare, a doctor may choose to not perform this test unless other, more common, abnormalities are ruled out.

Antiphospholipid antibodies, particularly anticardiolipin antibody and lupus anticoagulant, will likely be checked. These antibodies are related to the antiphospholipid syndrome, which may be related to pregnancy loss. Any woman with a pregnancy loss at or beyond the 10th week of gestation (with a “normal” appearing fetus) or with three recurrent losses at any gestational age should be screened, according to the American College of Obstetrics and Gynecology (ACOG). Testing for inherited thrombophilias, or abnormally increased blood clotting, is not routinely recommended in women who have experienced recurrent fetal loss because studies have not shown a benefit of giving medicine to prevent clots in these patients. However, testing for abnormal blood clotting should be done if there is a personal history of blood clots associated with risk factors such as surgery, bone fractures, or prolonged immobilization, or if a patient has a parent or sibling with a disorder of excessive blood clotting.

Tests of hormone function may also be done. Thyroid function tests and thyroid antibodies may be checked, along with measurement of prolactin, the hormone responsible for breast milk production. Ovarian reserve tests may be performed, which indicate how well an ovary is functioning. Some studies indicate that poorer ovarian function, as shown by these hormone tests, may be related to chromosomal abnormalities of the eggs in the ovary. Testing for diabetes may be done if a woman is at risk for or has manifestations of diabetes.

What treatment is available for recurrent pregnancy loss?

Individuals in whom a karyotypic (a chromosomal or genetic) abnormality is found are often referred for genetic counseling. There, a specialist can discuss what the genetic abnormality is and the likelihood of having a chromosomally normal or abnormal pregnancy in the future. Some affected couples may choose to undergo prenatal genetic studies during pregnancy to check the genetic make-up of the offspring with either 1) chorionic villus sampling (CVS), in which a piece of placenta is biopsied late in the first trimester or early in the second trimester, or 2) amniocentesis, which removes some of the amniotic fluid (the fluid that surrounds the baby during pregnancy) for analysis. In vitro fertilization (IVF) with preimplantation genetic diagnosis (PGD) can also be done. With this process, the woman takes shots for several days so that many eggs grow in her ovaries. The eggs are then retrieved from the ovaries in a minor surgical procedure. One sperm is then injected into each egg and the embryo is allowed to grow. One cell of the embryo is then biopsied and the genetic make-up is analyzed to avoid the transfer of an affected embryo.

If a uterine abnormality is found, surgery may be performed depending on the defect. If antiphospolipid syndrome is diagnosed, certain medications that reduce blood clot formation may be given. If thyroid dysfunction or diabetes are diagnosed, specific medications can be prescribed.