'Sitting on the sidelines should not be and is not an option.' 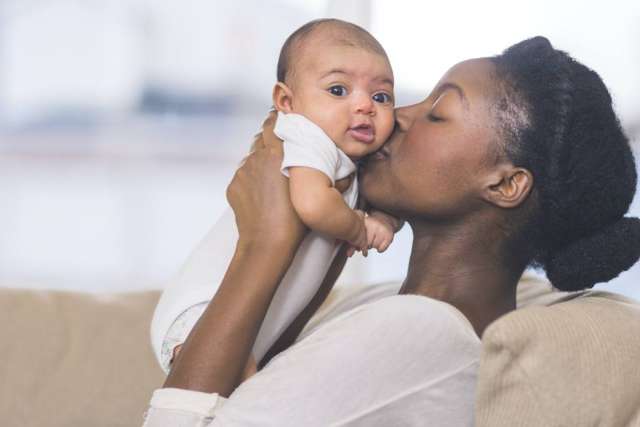 Like many Americans in the summer of 2020, Animesh Sabnis, MD, MSHS, was deeply affected by the murder of George Floyd and the protests against police violence and racial injustice that followed.

He wanted to do something to address racism in the spaces he occupied as a neonatologist on the medical school faculty, medical director of UCLA Newborn Nurseries, and director of quality and equity for the Division of Neonatology, he says.

“Seeing the pain beneath the protests in June and July of 2020 made it clear that, even if I felt powerless against the larger national scope of these problems, these problems manifest in miniature in the spaces where I work,” Dr. Sabnis says.

“That’s what made me ask myself, well, ‘What can I do in the rooms where I have a voice?’ Even if I can't do anything bigger than that.”

Dr. Sabnis decided to spearhead a working group dedicated to anti-racist neonatal care, with the goals of fostering an anti-racist workplace culture, advocating for anti-racist health care polices within the health system and in government, and ultimately, eliminating health care inequities for birthing people and newborns.

The aims of the group were inspired by the work of Camara Jones, MD, MPH, PhD, a family physician, epidemiologist, anti-racism activist and past president of the American Public Health Association. Using her work as a scaffolding for their efforts, Dr. Sabnis says the group intends to take these three steps:

Also, “it's not that we could do these tasks one after the other,” he says. “In a sense, we have to keep doing all of them, all the time. We are never done.”

The group is using Dr. Jones’ framework of the different levels of racism – institutionalized, interpersonal and internalized – to categorize how it affects babies, their families and employees involved in newborn care, and from there, identify solutions.

“The reason that that's helpful to me, is that it can be overwhelming to imagine systemic racism as not only a national-scale problem, but also a centuries-old problem,” Dr. Sabnis says. “Breaking it down into little pieces makes it manageable to think about.”

Dr. Sabnis says the work by members of the group has been entirely voluntary and, in a sense, grassroots.

Before this past year, Dr. Sabnis says it was “impolite” to name structural racism or white supremacy as active forces in society, especially within the university and hospital.

“Now, I look for opportunities to name systems of power when they go unnamed,” he says.

“One of my intentions is to integrate equity with quality, in order to evaluate equity as a routine practice in our quality improvement work,” Dr. Sabnis says.

He leads the Neonatal Quality Council, a group of clinical leaders from various disciplines – physicians, nurses, respiratory therapists, dietitians and pharmacists – to review quality improvement projects on a monthly basis.

Shelly Frisco, BSN, RN, CCRN, is a staff nurse in the Neonatal Intensive Care Unit at Ronald Reagan UCLA Medical Center, and a member of both the Neonatal Quality Council and the Anti-racist Neonatal Care Working Group.

She says what has “brought it home” for many of the health professionals in their department was seeing the data that Black infants have higher incidence of morbidity and mortality in Los Angeles than white infants, mirroring national statistics.

With help from Amy Wang, Phanindra Yadlapalli and Meng Wei of the Quality Informatics and Analytics (QIA) Department at UCLA Health, the council is creating a real-time dashboard to measure clinical performance and identify inequities.

Dr. Sabnis is curious to learn why there are differences in health outcomes among racial groups: what the social factors may be, what the causes are, and where health care systems are failing some people “consistently and systematically.”

It’s a method of discovering “how racism is operating here,” he says. “It’s about identifying needs and then keeping our promise to provide resources according to need — which is the distinction between equity and equality.”

The data collected by the Neonatal Quality Council will help inform the next steps taken by the Anti-racist Neonatal Care Working Group and the Perinatal EDI Coalition. These include:

To have a long-term impact at UCLA, Frisco says, everyone needs to take part in addressing inequities and advocating for anti-racism.

“It's very tempting as a bedside nurse to say, ‘Well, I'm just here to do my 12-hour shift and all this stuff that's going on doesn't involve me in my work.’ But these issues have always been central to what we do, no matter what our role is on the medical team,” Frisco says. “Sitting on the sidelines should not be and is not an option, because we are all communicating what we stand for – even if through silence.”

Dr. Sabnis says he’s proud of the strong foundation that is being set and is eager to build from it.

“Everyone has a personal commitment that they're keeping when they come to our meetings,” he says, “whether that's a commitment to themselves, their family or society at large.”

Learn more about the many departments, divisions and units spearheading efforts to improve awareness, culture and patient outcomes at UCLA Health.