Male or female? It's not always so simple 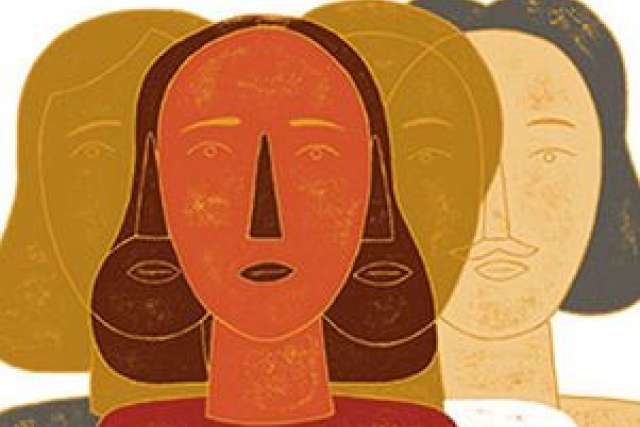 “It’s not just black or white” is an adage heard so often that it borders on cliché. It underscores life’s complexities; wherever a gray area exists between two opposing endpoints, it asks us to consider the diverse realities and experiences that make life both more interesting yet harder to comprehend.

When it comes to sex and gender, that “gray area” remains murky and mysterious — often undiscussed and even taboo. At UCLA, however, and elsewhere in the small but growing field of sex and gender biology, science is shedding light on this unfamiliar terrain.

People often are unaware of the biological complexity of sex and gender, says Dr. Eric Vilain, director of the Center for Gender-Based Biology at UCLA, where he studies the genetics of sexual development and sex differences. “People tend to define sex in a binary way — either wholly male or wholly female — based on physical appearance or by which sex chromosomes an individual carries. But while sex and gender may seem dichotomous, there are in reality many intermediates.”

Understanding this complexity is critical; misperceptions can affect the health and civil liberties of those who fall outside perceived societal norms, Dr. Vilain says. “Society has categorical views on what should define sex and gender, but the biological reality is just not there to support that.”

Even at the most basic physical level, there is a spectrum between male and female that often goes unrecognized and risks being obscured by stigma. Among his many lines of research, Dr. Vilain studies differences and disorders of sex development (DSDs), an umbrella term that encompasses genetic variation and developmental differences of “intersex” individuals — those whose physical characteristics are not completely male or female but somewhere in between. This includes genetic variations in the complement of sex chromosomes — for example, a mix of XX (female) and XY (male) sex chromosomes in the same body, or an extra or missing sex chromosome. DSDs also include variations in the development of the genitals or the gonads. Individuals can be born with both testicular and ovarian gonadal tissue or with ambiguous genitalia.

A growing body of research is showing how biology influences gender expression, sexual orientation and gender identity — characteristics that can also fall outside of strict, socially defined categories. Toy-preference tests, a popular gauge of gender expression, have long shown that boys and girls will typically gravitate to toys that are stereotypically associated with their gender (cars and guns for boys, for instance, or plush toys for girls). While one might argue that this could be the by-product of a child’s environment — parental influence at play or an internalization of societal norms — Melissa Hines, a former UCLA researcher and current professor of psychology at the University of Cambridge, in England, has shown otherwise. In 2008, she demonstrated that monkeys showed the same sex-based toy preferences as humans — absent societal influence.

Sexual orientation (whether one tends to be attracted to men or women) has also been shown to have biological roots. Twin studies and genetic linkage studies have shown both hereditary patterns in homosexuality (attraction to one’s own sex), as well as genetic associations with specific parts of the genome. And while gender identity — the sense one has of oneself as being either male or female — has been harder to pinpoint from a biological standpoint, efforts to understand what role biology may play are ongoing.

In the 1960s and ’70s, UCLA psychiatrists Dr. Richard Green and the late Dr. Robert Stoller conducted groundbreaking research on the early expression of significant cross-gender behavior in males, known as “gender dysphoria,” a condition where one identifies with the gender that doesn’t match the sex assigned at birth. The researchers studied boys whose cross-gender behaviors matched those retrospectively reported by adult males seeking sex-change hormones and surgery. They tracked the youths over some 15 years, gaining a better understanding of early cross-gender behaviors. Most of the boys matured into homosexual, not transgender/ transsexual, young adults.

Today, cross-gender childhood behaviors that distinguish later transgender/transsexual from homosexual adults remain a research puzzle. Dr. Vilain says that most promising approaches to understanding the development of gender identity include genetics and the study of the environment, including epigenomics — combining the effects of environmental factors on gene expression. His lab recently found a connection between hormone exposure early in life and long-term sexual development. In Vilain’s study, female mice exposed to high levels of testosterone at birth later exhibited more masculinized gene-expression patterns. Dr. Vilain’s team is looking at the location of these epigenomic changes for clues about which regions of the genome may be influencing gender expression and possibly gender identity.

Doctors, patients and caregivers alike need to be aware of the implications of a condition and willing to discuss the patient’s needs. These may be medical. For instance, fertility issues often accompany DSDs, and some of these conditions carry a higher risk of diseases such as breast, ovarian or testicular cancers. Hesitance to discuss the issues could put patients at physical risk or add to the psychological burden of being part of an often-persecuted minority.

Clinical psychiatrist Dr. Vernon Rosario counsels intersex patients and their families at the Clark-Morrison Children’s Urological Center at UCLA. He says that access to information about these conditions is helping clinicians, patients and their families make informed choices. For instance, in the case of DSDs, parents are now less likely to impose a gender on their child, opting to wait several years until their son or daughter expresses a clearer gender behavior. As recently as the 1980s and early 1990s, it was not uncommon to assign a sex at birth and to surgically alter the child to physically conform.

Dr. Rosario suggests it also is important to put intersex and LGBTQ+ health in a cultural and historical context; he advises clinicians to be aware of the ethnic, religious and cultural values that patients and families bring with them to the clinic.

“I try to stress to patients that the gender norms they are dealing with are societal constructs and are not something that were determined scientifically,” Rosario says. “We have these categories, but practitioners need to help patients and parents recognize that everything doesn’t have to all fit together in one particular way that we conventionally call ‘normal.’ There’s a lot of diversity, and that’s okay.”

This is all the more important because pressure to conform comes with a psychological cost. Those who fall outside of sex and gender norms face stigma, hostility and outright violence. Many endure bullying and rejection that can lead to psychological scars or even suicide. A 2014 study from the Williams Institute at the UCLA School of Law and the American Foundation for Suicide Prevention found that 41 percent of transgender individuals and 10-20 percent of gays and lesbians have attempted suicide. That risk jumps dramatically for those who have faced violence, familial rejection or homelessness.

Suicide attempts also increase among transgender individuals who have been turned away by medical professionals — a surprisingly common experience, experts say, and one that often is noted on LGBTQ+ advocacy websites.

Gail Wyatt, clinical psychologist and director of the UCLA Sexual Health Program, says it’s essential for clinicians to maintain an open dialogue with transgender patients and not inadvertently compound the rejection and denial they often face.

“I think more times than not, health providers shy away from seeing transgender individuals because they don’t want to offend them, or they don’t really understand what all the issues are,” Wyatt says.

Read the complete story in UCLA Health’s U Magazine.