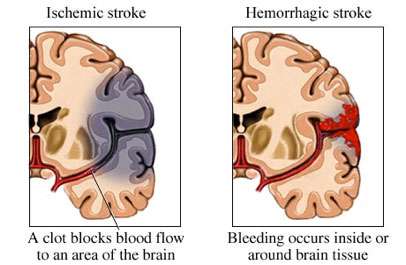 Stroke is a sudden impairment of brain function. There are two types of strokes: 1) Hemorrhagic or bleeding stroke (please refer to section on brain AVMs and aneurysm for discussion of this type of stroke); 2) Ischemic stroke due to blockage of a blood vessel supplying the brain. In this section we will be discussing ischemic stroke and the treatment of this emergency condition.

What is the cause of an ischemic stroke?

Ischemic stroke can be due to: 1) blood clot blocking a blood vessel supplying the brain (see discussion below) or 2) narrowing of a blood vessel supplying the brain (please see section entitled ‘angioplasty and stenting’ for discussion of treatment of narrowed blood vessels). The lack of blood flow due to blockage of a blood vessel results in impairment of brain function that will manifest itself as sudden onset of weakness or numbness (typically on one side of the body), facial drooping, speech problems, vision problems or trouble with balance or coordination. Any one or combination of these symptoms may occur. The brain needs a constant supply of oxygen and nutrients in order to function. Even a brief interruption in blood supply can cause problems. Brain cells begin to die after just a few minutes without blood delivering oxygen and vital nutrients. Permanent injury may result unless treatment is instituted immediately (see discussion below for treatment options). According to the National Stroke Association, it is important to learn the 3 Rs of stroke:

Another useful acronym is FAST used as a mnemonic to help detect and enhance responsiveness to stroke victim needs. The acronym stands for Facial drooping, Arm weakness, Speech difficulties and Time:

Facial drooping: A section of the face, usually only on one side, that is drooping and hard to move
Arm weakness: The inability to raise one's arm fully
Speech difficulties: An inability or difficulty to understand or produce speech
Time: Time is of the essence when having a stroke, and an immediate call to emergency services or trip to the hospital is recommended

Things you can change to reduce your risk of stroke are:

Things you cannot change are:

A transient ischemic attack (TIA) is an event, sometimes called a mini-stroke, with stroke symptoms that last for a brief period of time before disappearing. The symptoms of a TIA are identical to that of a stroke with the only difference being that in TIA the symptoms are temporary while in stroke the symptoms are long lasting and possibly permanent. While TIAs generally do not cause permanent brain damage, they are a serious warning sign of stroke and should not be ignored! Up to 40 percent of all people who have experienced a TIA will go on to have an actual stroke. In fact:

What is the cause of a TIA?

When a blood vessel in the brain becomes blocked for a short period of time, the blood flow to that area of the brain slows or stops. This lack of blood (which carries oxygen and nutrients) often leads to temporary symptoms such as slurred speech or blurry vision. Once the temporary blockage resolves, then the symptoms resolve. As mentioned above, TIA is a very serious condition and the underlying cause needs to be investigated and if an abnormality is found, it needs to be treated to prevent a future stroke. Examples of conditions that can cause a TIA are: 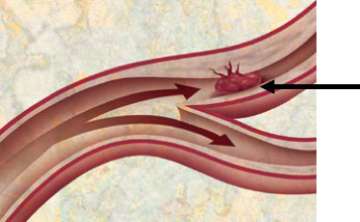 Treatment of ischemic stroke is aimed at restoring blood flow by opening the clogged artery as soon as possible. Effective treatment is available but to be most beneficial these treatments have to be instituted immediately after stroke onset. The sooner the treatment is started, the fewer brain cells die and therefore the better the chances of a good recovery from the stroke. Stroke is thus a medical emergency and should be treated as such. With onset of symptoms (FAST: Face, Arm, Speech, Time), 911 should be immediately contacted for an ambulance and transport to the nearest hospital that is a stroke center and hence equipped with rapid evaluation and treatment of ischemic stroke.

If a patient reaches the hospital very early after onset of symptoms, treatment of ischemic stroke consists of administration of a clot buster named ‘tissue plasminogen activator’, a drug that dissolves the blood clot in the blocked blood vessel. This treatment can be given up to 4.5 hours after onset of stroke. Early recognition of symptoms and early arrival at the hospital are therefore paramount to ensure that this FDA approved treatment can be administered and done so as early as possible for maximal benefit.

If a patient does not reach the hospital early or receives the drug early but does not improve, then additional treatment can be offered to the patient to maximize their chance for good recovery. This would entail introduction of a device into the clogged artery to either suck out the clot or to pull the clot out of the blood vessel. The device is introduced into the blood vessel from the artery in the groin and navigated into the clogged artery in the brain under x-ray guidance. Once the clot is removed with the device, the blood vessel is reopened and blood flow is restored to deliver nutrients and oxygen to the brain cells. These devices are usually only available at highly specialized hospitals or comprehensive stroke centers.