What is dural arterio-venous fistula (DAVF) and how does it occur?

Most DAVF's are thought to be an acquired disease. DAVF's can be formed in the following conditions: dural sinus thrombosis (clotting and blockage of the dural sinuses), head injury, and open surgery.

What are the symptoms of DAVF?

The symptoms of DAVFs vary depending on the location of DAVF. Headache is one of the non-specific symptoms that could be associated with all types of DAVFs. Although DAVFs can occur in any part of the location where the dura mater exists, DAVFs are commonly found in cavernous sinus (behind the eye) and transverse / sigmoid sinus (behind the ear, back of your head). Patients with DAVFs behind the eye (cavernous DAVFs) usually complain of decreased vision and redness / congestion / swelling of the eye. Patients with DAVFs behind the ear (transverse / sigmoid DAVFs) frequently hear a pulsating noise (tinnitus) due to the fast blood flow going through the fistulas.

How can it be treated?

First step of the treatment is to obtain an entire picture of a DAVF and characterize it. Cerebral angiography (dye injection into brain arteries through a plastic tube) is the gold-standard and the most accurate way to do so. Based on the finding of cerebral angiography and the symptoms, the following options are offered:

One of the most worrisome finding is so called "cortical venous reflux". This is the sign that blood flow return to the brain is compromised and associated with high risk of brain hemorrhage. Regardless of the symptoms, DAVF's with cortical venous reflux should be treated as soon as practical by either endovascular embolization or open surgery. Recently, most DAVF's can be treated by endovascular embolization.

When a patient cannot tolerate the symptom such as pulsating noise, endovascular embolization is considered. Simple observation can be an option for some DAVF's with negligible risk of hemorrhage. 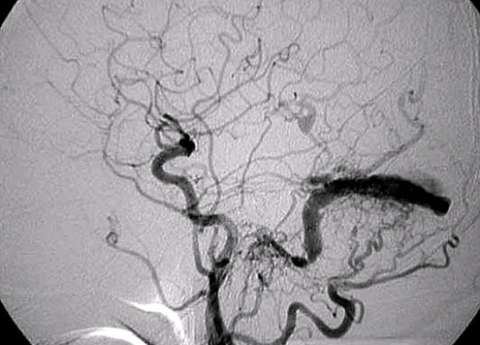 Figure 1: An example of transverse DAVF with a cortical venous reflux. 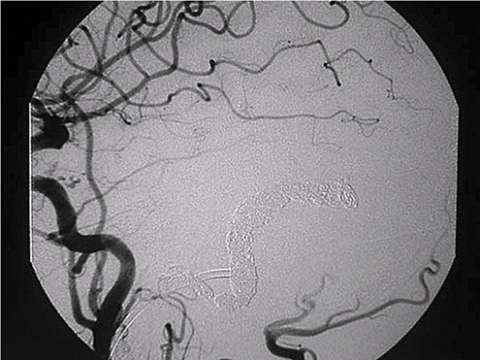 Figure 2: The DAVF was completely cured by endovascular embolization.