What is moyamoya disease and intracranial arterial stenosis?

What are the symptoms of moyamoya disease or intracranial arterial stenosis?

A patient with this condition presents with symptoms of stroke or transient ischemic attacks (TIAs). Stroke and TIA symptoms are characterized by new onset of one or more of the following symptoms:

If the symptoms are transient and disappear in few hours, this is called a mini-stroke or TIA. If they are longer lasting, they are a stroke.

In either case, any of these symptoms is an emergency. Any individual suffering suddenly of any of the above symptoms should call 911 immediately.

Strokes and TIAs are emergencies, and the best chance of being treated is if they are recognized early on. 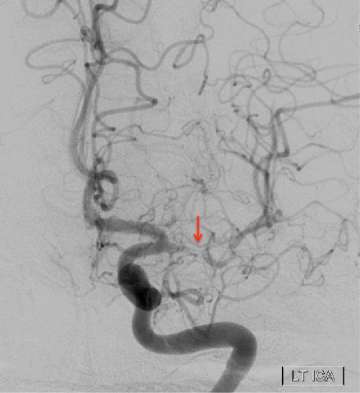 The figure shows the angiogram of a patient with intracranial arterial stenosis. The arrow indicates the narrow segment of the middle cerebral artery.

What produces narrowing of the arteries of the brain?

In addition to moyamoya disease, the narrowing of the intracranial arteries can be produced by multiple factors including high blood pressure, tobacco use, diabetes, high cholesterol, and other diseases of the arteries, such as vasculitis, an inflammatory process of those vessels.

How is intracranial arterial stenosis diagnosed?

When a patient has symptoms of TIA or stroke, doctors will order a series of studies to evaluate the brain and the arteries of the brain. These tests include CT scans, MRI scans, and specialized tests to see the arteries of the brain called angiograms. Angiograms can be done with CT and MRI techniques, but in many cases the use of catheter angiographic procedures is necessary.

Angiographic procedures performed with a catheter give the most reliable and precise information in these conditions. Catheter angiograms are fundamental in the diagnosis and after treatment evaluation of intracranial arterial stenosis.

How are patients with intracranial arterial stenosis treated?

Patients with symptoms of TIA (mini-stroke) or stroke are initially treated with medications that thin their blood and reduce cholesterol. However, if they continue having symptoms, they may require additional interventions. Some patients may benefit from surgery to encourage the growth of new pathways that supply blood to the brain.

During the surgery to treat these conditions, the arteries from the scalp and the membranes surrounding the brain, called the meninges, are brought into close proximity to the brain. This surgical procedure is named EDAS, short for encephaloduroarteriosynangiosis. EDAS is a very effective treatment for moyamoya and other forms of cerebral arterial narrowing because EDAS stimulates the formation of new vascular connections between the re-routed arteries and the circulation of the brain, bypassing the narrowing of the brain arteries and creating new paths for the supply of oxygen and nutrients. 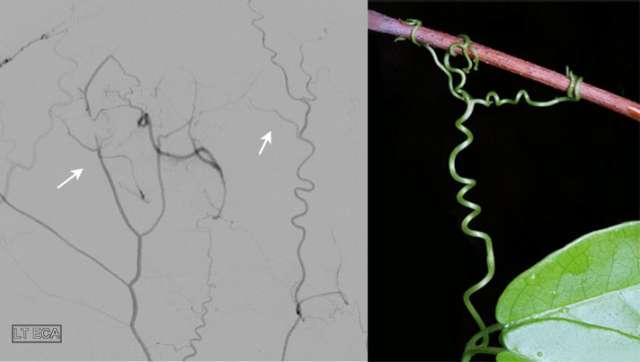