UCLA Health is a safe and supportive environment for transgender and gender diverse patients. Call 310-267-4334 to make an appointment.

The UCLA Gender Health Program and the UCLA Health system are at times the subject of stories in newspapers, magazines, and journals, and also issue news releases to keep the community informed on the latest programs and services available at UCLA. We include here a collection of recent stories and an archive of older articles. 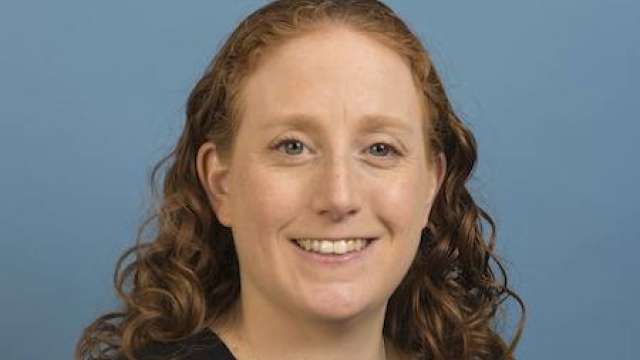 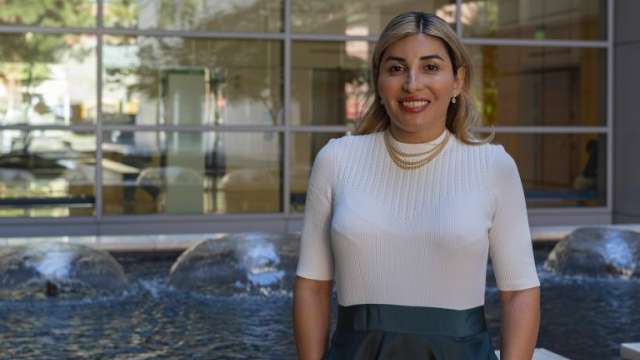 There may be no greater transformational gift in medicine than the ability to help patients realize the life they were meant to live instead of the one that fate assigned them. 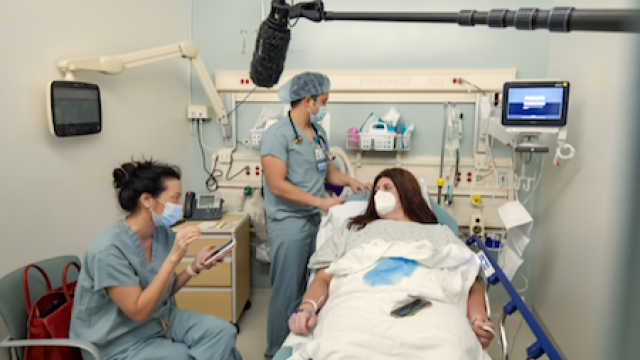 Gender-affirming facial feminization surgery leads to improved mental health and increased quality of life for transgender patients, a new study has found. The  study, published July 4 in the journal Annals of Surgery, is the first to quantitatively measure psychosocial outcomes of facial feminization surgery in patients before and after the procedure, says  Justine Lee, MD, PhD, the Bernard G. Sarnat Endowed Chair in Craniofoacial Biology at UCLA Health. 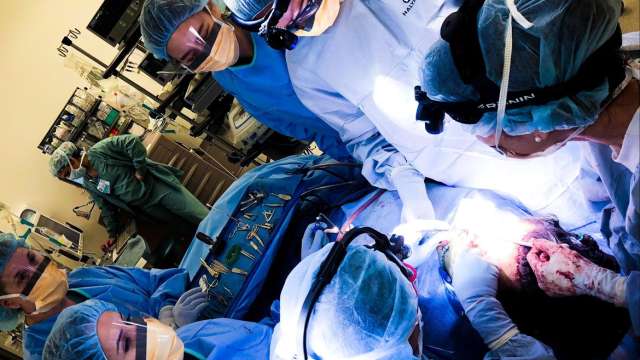 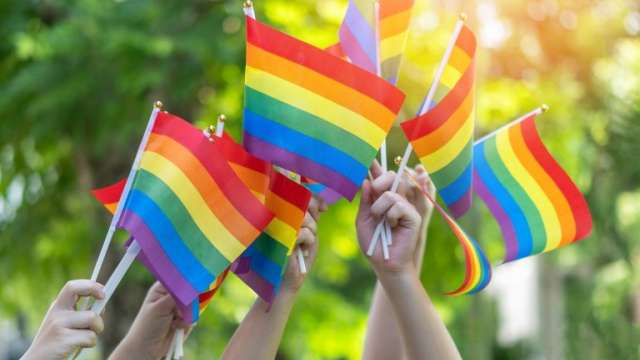 LGBTQ students lost some support networks during the pandemic 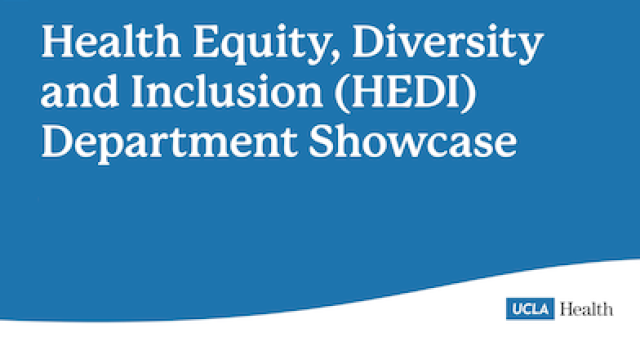 Making progress on anti-racism and health equity at UCLA Health

The LGBTQ+ Equity Pilot Program, part of an in-patient unit for children and adolescents at the Resnick Neuropsychiatric Hospital at UCLA, is improving gender affirming care for youth by supplying safe chest binders which can be used during their hospitalization. 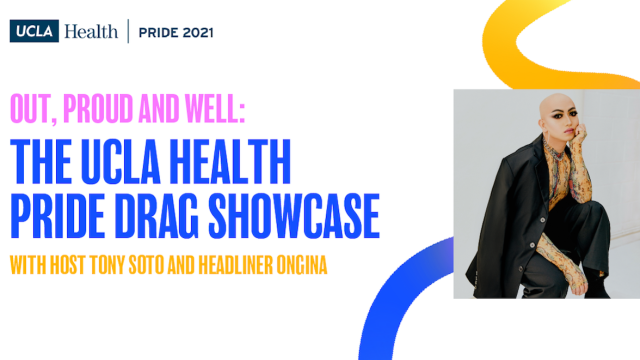 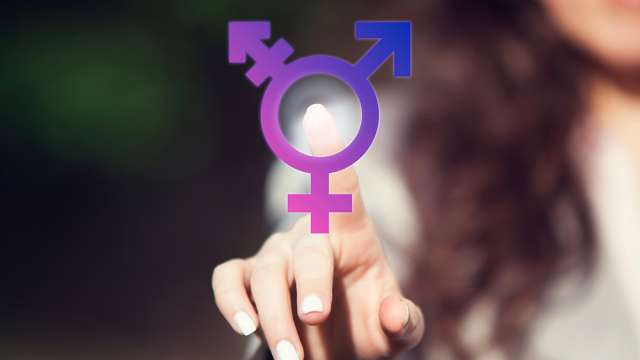 Amy Weimer, MD, medical director of the UCLA Gender Health Program, joined ABC7 News for an LGBTQ+ Youth Health Town Hall. "Affirmation of identity in the home is really important...and then of course, having good access to mental health care including therapy and possibly medications is key...It's hard for many families to find providers who are knowledgeable about LGBTQ+ experiences," says Dr. Weimer. Watch the Town Hall.

USC Center for Health Journalism reported on the role of UCLA Health’s Gender Health Program in the Jeff Gottlieb family, and how the program helped support their transgender daughter.

COVID-19 and beyond: What’s on the Biden administration’s health care agenda?

Feminizing Hormone Therapy and What You Need to Know

UCLA’s inaugural LGBTQ+ health fellowship: A look back at the first year

On July 1 of last year, the David Geffen School of Medicine at UCLA launched a fellowship to address LGBTQ+ health care needs and inequities, areas that often are overlooked in medical school and residency training. The program provides the fellow with an immersive experience in LGBTQ+ health and wellness, including sexual and behavioral health, transgender care and hormone management, and gender affirming surgery. Dr. M. Chase Cates, the first fellow who trained in the Gender Health Program, said, “it taught me how to go about taking care of transgender and gender diverse patients.” He also noted that the fellowship experience was affirming and gave him the confidence he needed to care for members of the LGBTQ+ community. Read more on UCLA Connect.

The UCLA Gender Health Program has been awarded funding to assess the experiences of trans and gender-diverse individuals’ ability to access medical care during the COVID-19 pandemic. This patient population is particularly vulnerable to healthcare disparities, which has been compounded by the pandemic. The ultimate goal of this research study is to develop strategies for intervening in moments of crisis to improve access to care and mitigate negative impacts for our trans and gender-diverse patients. The grant was received from the David Geffen School of Medicine COVID-19 Oversight Research Committee, charged with coordinating all UCLA research aimed at addressing this public health crisis. Dr. Mark Litwin, Chair of UCLA Urology and Co-Director of the GHP, is the Principal Investigator.

Heather Hitson, SOGI Project Manager at UCLA Health, and Dr. Amy Cummings, the informatics chair of the Equitable Care Committee at UCLA, spoke with Healthcare IT News about their years-long project to include information related to gender identity and sexual orientation in patients' electronic health records. Read more.

The Shortcomings of Transgender Health Care

The Elemental featured Amy Weimer, MD, medical director of the UCLA Gender Health Program, in an article about the health care disparities faced by people who are transgender. Read more.

Q&A: Why the LGBT community is at greater risk from COVID-19

The celebration of Pride Month has focused a spotlight not only on the important voices and critical progress made by the LGBTQ+ community but also on issues that still must be addressed to create a more inclusive, equitable and supportive society.  Read more in UCLA Health Connect.

On the Road to Health Care Equality

Many LGBTQ+ patients struggle to find sensitive and compassionate health care. UCLA is working to change that. Read the feature article in the Winter 2020 issue of U Magazine.

UCLA Health Recognized as a Leader in LGBTQ+ Patient Care

All four UCLA hospitals were recognized for a commitment to LGBTQ-centered care. Read more in UCLA Newsroom.

What Could Happen if the Federal Government Redefined Gender?

How to Reduce the Mental Health Risk for Gender-Nonconforming Kids

Dr. Natalia Ramos, one of the founders of the UCLA EMPWR program is quoted on fostering a safe and supportive culture for LGBTQ+ children in our schools and community. Read more.

March 31 marked the 12th annual International Transgender Day of Visibility (TDoV), a date to recognize the strength and contributions of transgender and gender non-conforming people, and to raise awareness of societal and health challenges faced by this community.

Caring For and Supporting You. The UCLA Gender Health Program is proud to have supported our partner, the Los Angeles Lakers, in celebrating Pride Night. We support U!

Even with health insurance, lesbian, gay and bisexual adults are more likely to delay medical care

An article in LAist about finding an LGBTQ-friendly doctor in Los Angeles referenced UCLA Health and its list of “LGBTQ+ Champions,” physicians with special expertise in LGBTQ+ care. Read more.

A new UCLA study finds that 27 percent, or 796,000, of California’s youth, ages 12 to 17, report they are viewed by others as gender nonconforming at school. Read more.

The first release of transgender data from the California Health Interview Survey, the nation’s largest state survey, reveals the demographic characteristics of transgender adults in the state — such as population size, racial makeup and marital status — as well as sobering disparities in their health status. Read more.

UCLA Health has been named a leader in equitable care for people who are lesbian, gay, bisexual, gay, transgender or queer.

Forty years after winning gold in the Olympic decathlon as Bruce Jenner, Caitlyn Jenner now poses with her gold medal for the first time post-transition on the cover of Sports Illustrated magazine. While celebrities such as Jenner have helped shine a light on transgender issues, many people who identify as transgender or gender nonconforming still struggle to be accepted and understood – a battle that can negatively affect their medical care.

At UCLA Health, providers are establishing a Gender Health program to make sure that such patients get the care they need. We spoke about the program with Amy K. Weimer, MD, an assistant clinical professor in the departments of medicine and pediatrics who practices at the Medicine-Pediatrics Comprehensive Care Center in Santa Monica. Read more in Connect.

When transgender individuals seek medical care, confusion on the part of medical professionals may be the first reaction a trans patient receives. It’s important for medical professionals to understand that one’s gender identity as man, woman or trans is different from one’s sexual identity as gay, bisexual, lesbian or heterosexual. Gender identity and sexual identity are two separate domains, say experts who are trying to better prepare health care providers to treat trans patients. Read more.

The UCLA Health System has been named a “Leader in LGBT Healthcare Equality” in the Healthcare Equality Index, an annual survey conducted by the Human Rights Campaign Foundation, the educational arm of the country’s largest lesbian, gay, bisexual and transgender (LGBT) organization. Read more.

Is it possible for a gay man to practice medicine?
The answer seems obvious, but sadly, there was a time when Michael Haymer, a third-year UCLA medical student, really wasn’t sure. “I remember Googling the words, ‘Can a gay man be a doctor,’” said Haymer, who at the time was a struggling Orange County high school student. Having experienced rejection and discrimination from his peers after telling close friends that he was gay, he wondered if the disapproval and rejection he was experiencing would follow him as he pursued his professional calling. Read more.

Statement in Support of Transgender members of the UC community

The University of California, in accordance with state law and in keeping with its own principles of nondiscrimination, will continue to ensure that its transgender students, faculty and staff have unrestricted access to restrooms that conform to their gender identities. We are heartened to hear that protecting all students, including those in the LGBTQ community, remains a stated priority for the Department of Education. Read more.