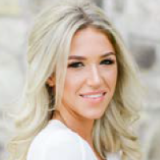 Kourtney Turner is a proud alumna of UCLA. She graduated with a degree in gender studies and psychology. As a Bruin student, she served as a mentor in the MSHIP program, which pairs a UCLA student with children ages 7-17 from an underserved area of North Hollywood. She was accepted into the prestigious Applied Developmental Psychology Program.

In addition, she was an intern at the Fernald Child Study Center, a research facility on campus committed to investigations of childhood behavior disorders. She served as a research assistant to several of her professors as well. She was also a regular volunteer at the Downtown Women’s Center.

Kourtney’s post-college plans shifted when she met her now-husband, Justin. In addition to supporting Justin throughout his baseball season, she quickly realized how much of an impact they could have together off the baseball field. They began volunteering at many different events both throughout Los Angeles and through the Los Angeles Dodgers. Kourtney became a veteran leader of the Dodger Wives, participating in and planning many charitable activities for the other women. She hopes to lead by example in demonstrating how the platform baseball provides can be used to spread good throughout the community.

The idea to start a foundation of their own came to be when the Turners were approached to host a golf tournament to raise funds in hopes to be able to dedicate an entire floor at the Los Angeles Dream Center to homeless veterans. Without hesitation, Justin and Kourtney threw themselves into the planning process and held their 1st Annual Justin Turner Golf Classic. They both knew they had something special and immediately began dreaming of hosting another event.

Kourtney and her husband Justin founded the Justin Turner Foundation in 2016, and she currently serves as the vice president. Since the inception, Kourtney has played a vital role in the implementation of the foundation’s mission. The foundation supports veterans and children battling life-altering illnesses and diseases as well as various youth baseball organizations. With her longtime career background in event marketing, she has an advantage when it comes to planning and coordinating the foundation’s events. She also used her computer skills to completely build the foundation’s website.

In 2018, the Justin Turner Foundation was named an official charity partner of the 33rd Annual LA Marathon. With barely any training, Kourtney decided to throw her hat (or shoes) into the ring and run the half marathon for the foundation. Kourtney, alongside a small team, raised over

$36,000. Never satisfied, she decided to up the ante in 2019 and attempt to run the whole thing, all 26.2 miles from Dodger Stadium to the Santa Monica Pier. She completed the entire race and helped raise over $50,000 for JTF. She is always willing and able to do whatever it takes to spread awareness, raise funds, and show support for those in need.