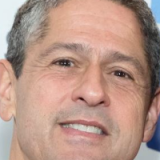 In 1996, after many years in commercial real estate brokerage, Todd Katz co-founded Century Park Partners, LLC, a real estate investment firm which acquired single tenant institutional grade commercial assets on long-term leases throughout the United States. In 2012, he decided to stop acquiring new assets in order to devote the majority of his time to his philanthropic work.

Todd has been intensely committed to volunteer work within the Los Angeles community since his teenage years. The majority of his time has been focused on the Collins & Katz Family Y (formerly the Westside Family Y), where he has been active since 1970 and currently sits on the Board of Managers, co-chairs the Community Engagement & Partnerships Committee, directs the summer sleep-away camping program, and the YMCA of Metropolitan Los Angeles, where he sits on the Board of Directors and chairs both the Properties & Facilities Committee and the Camping Services Committee. Todd also devotes a tremendous amount of time, energy and resources to his alma mater, UCLA (BA ’83). He currently chairs the Ronald Reagan UCLA Medical Center Board of Advisors, is a member of the Stewart and Lynda Resnick Neuropsychiatric Hospital Board of Advisors, sits on the Centennial Campaign Cabinet and chairs the UCLA Athletics Hall of Fame Committee. Todd’s parents, Ron and Maddie Katz, established UCLA Operation Mend in 2007 to improve the quality of life for current era wounded service members, veterans and their families. Todd, along with his wife, Dana, has devoted himself to this program’s warriors and mission as well.

Todd is devoted to his children, Sean and Hailey, and to his stepchildren, Gracen and Sara. Now that he and Dana are empty nesters, he can’t figure out why he’s busier than ever!