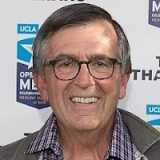 General Peter W. Chiarelli is the Chief Executive Officer of 1560 LLC, a company engaged in public policy and electoral research and analysis. He is the Chairman of the Board of Interologic Inc., a company that helps impact-oriented organizations achieve their goals through leading-edge data and analytics technology.

Interologic, meaning “whole” logic, nurtures and optimizes the digital persona of a client through applying advanced big data analytics and machine learning over a large variety of data sources in an effort to consider and capture all forms of information distribution that can have an effect on a client’s appeal. Through this model, Interologic creates incisive content, strategizes on its dissemination, then tests, measures and maximizes its effectiveness across various channels while integrating the influence of key actors operating in the public sphere. Clients include, but are not limited to, election campaigns, organizations framing public policy, and crisis communication management teams.

General Chiarelli dedicated nearly 40 years of service to the United States. As Commander of the Multi- National Corps-Iraq in 2006, Chiarelli coordinated the actions of all four military services and was responsible for the day-to-day combat operations of more than 147,000 U.S. and Coalition troops. From March 2007 to August 2008, Chiarelli was the Senior Military Assistant to the Secretary of Defense Robert Gates. During this time, Chiarelli pioneered efforts to restore government and economic stability as well as essential services during two tours in Iraq; exercised command and control of combat operations; and trained, prepared, and mobilized reserve forces for critical response operations.

While serving as the 32nd Vice Chief of Staff between 2008-2012, Chiarelli led the daily operations of the Army and its 1.1 million soldiers both active and reserve. It was during this time that General Chiarelli advanced the efforts of the Department of Defense on post- traumatic stress (PTS), traumatic brain injury (TBI), and suicide prevention. He retired from the Army in 2012.

In March 2012, General Chiarelli continued his advocacy on brain health and became the first CEO of One Mind, a not-for-profit organization advocating for and facilitating scientific and medical advancement to accelerate effective, lasting treatment for brain disease and injury as well as reducing stigma.

Along with leading the organization’s strategic initiatives, he worked expeditiously with members in the government, corporate, scientific, and philanthropic communities to significantly accelerate large-scale research for brain illnesses and injuries through Open Science data sharing and collaboration. His recent achievements include leading One Mind’s support of the TRACK-TBI research collaboration by aiding TRACK-TBI in its progress towards obtaining FDA approval of biologically-based biomarkers for TBI. Although General Chiarelli retired as CEO, he continues to advocate for this critical work.

In 2013, Chiarelli received the Patriot Award, the Congressional Medal of Honor Society's highest honor, for his work to aid service men and women as well as their families suffering from the invisible wounds of war.

Chiarelli holds a Bachelor of Science in Political Science from Seattle University, a Master of Public Administration from the Daniel J. Evans School of Public Affairs at the University of Washington, and a Master of Arts in National Security and Strategy from Salve Regina University. He is also a graduate of the College of Naval Command and Staff and the National War College.

Chiarelli is the Chairman of the NFL Scientific Advisory Board and a member of the Board of Advisors - UCLA Operation Mend.