Hernandez-Morgan, Stypula, Fischer, Grogan, Neelankavil: Impact of the Affordable Care Act on Disparities in Access to and Outcomes After Coronary Artery Bypass Grafting 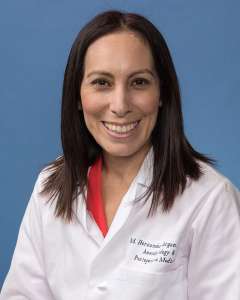 "Objectives: The aim of this study was to examine the effect of implementation of the Affordable Care Act’s Medicaid expansion on access to and outcomes after coronary artery bypass grafting (CABG) surgery.

Methods: Retrospective observational study utilizing the Healthcare Cost and Utilization Project (HCUP) National Inpatient Sample (NIS) from 2011 to 2016. The southern region of the USA was used as a control and the western region as the implementation group. Univariate regression models and interrupted time series models were created to evaluate and assess the impact of the Affordable Care Act’s Medicaid expansion on mortality after CABG with respect to patient race.

Results: From 2011 to 2016, a total of 117,819 isolated CABG operations were identified in the specified regions using the HCUP NIS. Of these, 89,918 were performed in the southern region, and the remainder were performed in the western region. The proportion of African American patients with Medicaid increased significantly in the western region after the ACA Medicaid expansion, from 13.1 to 17.6%, p = 0.034. There was no significant increase seen in the number of African American patients with Medicaid in the southern region. We found that overall, Black patients had higher mortality after CABG as compared to white patients (OR 1.15, p = 0.02); however, when broken down by region we found higher mortality among African American patients in the southern region only, with no statistically significant difference in mortality between white and Black patients in the western region.

Conclusions: Implementation of the Affordable Care Act increased access to Medicaid among Black Americans but did not necessarily decrease the disparity in access to CABG or mortality after CABG between Black and white patients. When it comes to racial disparities in mortality after CABG, there are significant regional and geographic variations which have not been previously described. This finding has important implications for the development of policy and other strategies that aim to reduce these disparities."

Read more in the Journal of Racial and Ethnic Health Disparities