The UCLA Division of General Surgery has become one of the largest and most renowned surgical units in the world. Serving as the major academic referral center for Southern California, UCLA Health is a destination for patients with complex medical conditions requiring treatment by world-class surgeons adept at applying the very latest methods and technology. 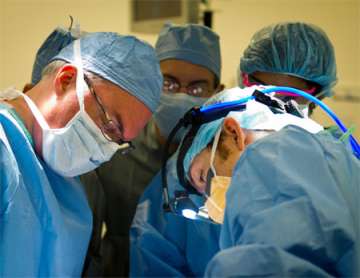 What is General Surgery?

Despite its “general” name, modern general surgery comprises a constellation of highly specific subspecialties, each requiring many years of rigorous training for the development of expertise.  General surgery has undergone considerable evolution over the past century and has developed alongside advances in technology. These range from the gastrointestinal tract (stomach and intestines), to the endocrine (hormone-secreting) glands, to the abdominal wall (where defects result in hernias), and to the skin and breasts.  General surgeons remain among the most broadly and thoroughly trained physicians. The deep skill set of the general surgeon is manifest in our frequent involvement in life-threatening situations and the fact that we remain entrusted by society to care for the injured and critically ill.